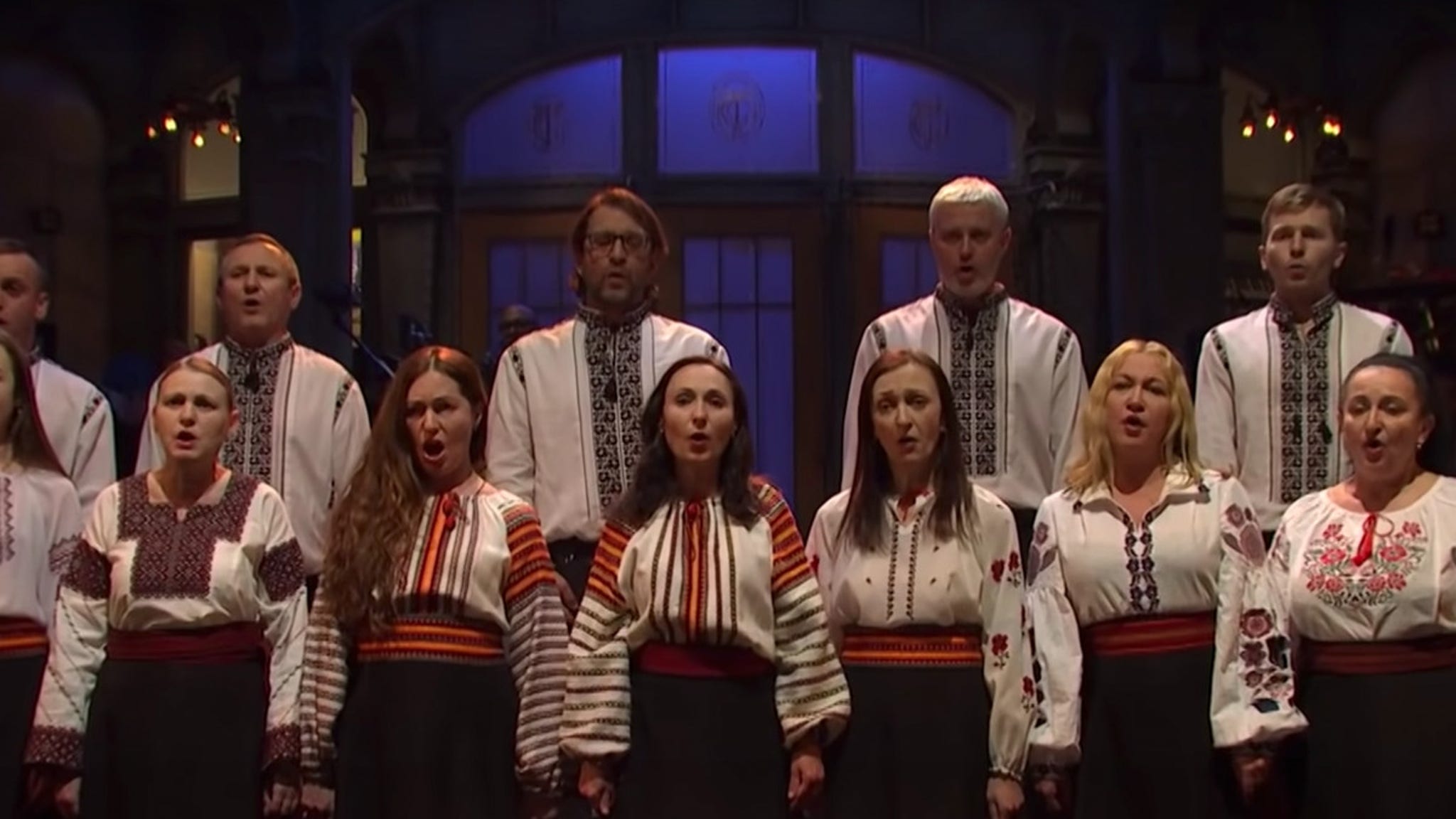 ‘SNL’ broke from tradition Saturday night … there were no laughs in the cold open — instead, there was a moving tribute to Ukraine.

The Chorus has a deep connection to both Ukraine and the U.S. … Ukrainian immigrants back in the 1940’s created the Chorus to preserve their Ukrainian heritage and celebrate music … something deeply important in Ukrainian culture.

A table filled with candles was center stage, spelling the name of the capital — Kyiv.

‘SNL’ has broken from tradition with serious cold opens only a few times in the past — notably, after 9/11 Paul Simon sang “The Boxer” as first responders and then-Mayor Rudy Giuliani stood by.

BTW … John Mulaney hosted the show for the 5th time, and hilariously mentioned his cocaine addiction and rehab stint, saying, “It’s wonderful to be in a place that always emphasized sobriety and mental health.”