Here’s the deal … RFK Jr. made these inflammatory remarks Sunday at the “Defeat the Mandates” rally in D.C., where he actually suggested Frank and the rest of the Jews fleeing/hiding for their lives during WWII actually had better odds at dodging tyranny/death than people subjected to vaccine regulations in 2022.

At the antivaxx rally in DC, RFK Jr. says that in the future “none of us can run and none of us can hide” because of Bill Gates’ satellites and also 5G, unlike… the Holocaust.

“Even in Hitler’s Germany, you could hide in the attic like Anne Frank did.” pic.twitter.com/bRtmDBTxZl

Yes, seriously. He goes on to describe how American citizens are able to be tracked with ease with modern-day tech — citing 5G, satellites and a lot of other kooky conspiracies. He says that while Frank and others could theoretically go undetected back in those days … today’s average Joe has no chance at eluding the government or its partners.

Wild stuff, we know — especially coming from the son of the late Bobby Kennedy — but RFK Jr.’s been on this far-right wing tip for a good long while now … so no real surprises there. 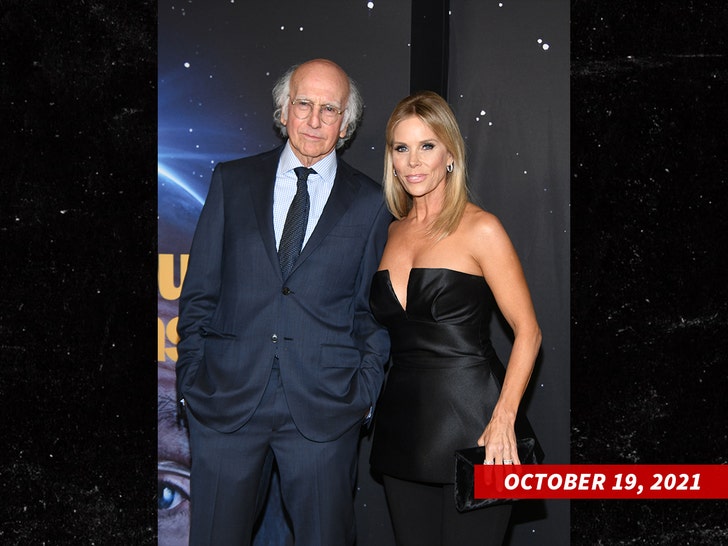 What people do seem somewhat shocked by is the little-known fact that Robert’s wife is actress Cheryl Hines, to whom he’s been married since 2014. She has a big role on LD’s HBO series “Curb Your Enthusiasm,” where she plays his TV wife of the same name.

People started tweeting their disbelief that Larry could possibly work with someone who’s involved with someone like RFK Jr. … especially in light of today’s comments, which many are calling anti-Semitic, or at the very least … highly insensitive to the Jewish community.

Exploiting of the tragedy of people who suffered, were humiliated, tortured & murdered by the totalitarian regime of Nazi Germany – including children like Anne Frank – in a debate about vaccines & limitations during global pandemic is a sad symptom of moral & intellectual decay.

Of course, Larry’s a prominent and proud Jewish man … and he’s made his distaste for Republicans and Trumpers well-known over the years, especially through his show.

Unclear how he might react to this — especially as it relates to Cheryl, who he’ll presumably see on set in the near future — but one org has thoughts … the Auschwitz Memorial. Their response summed up what a lot of people think about RFK Jr.’s words … ’nuff said.