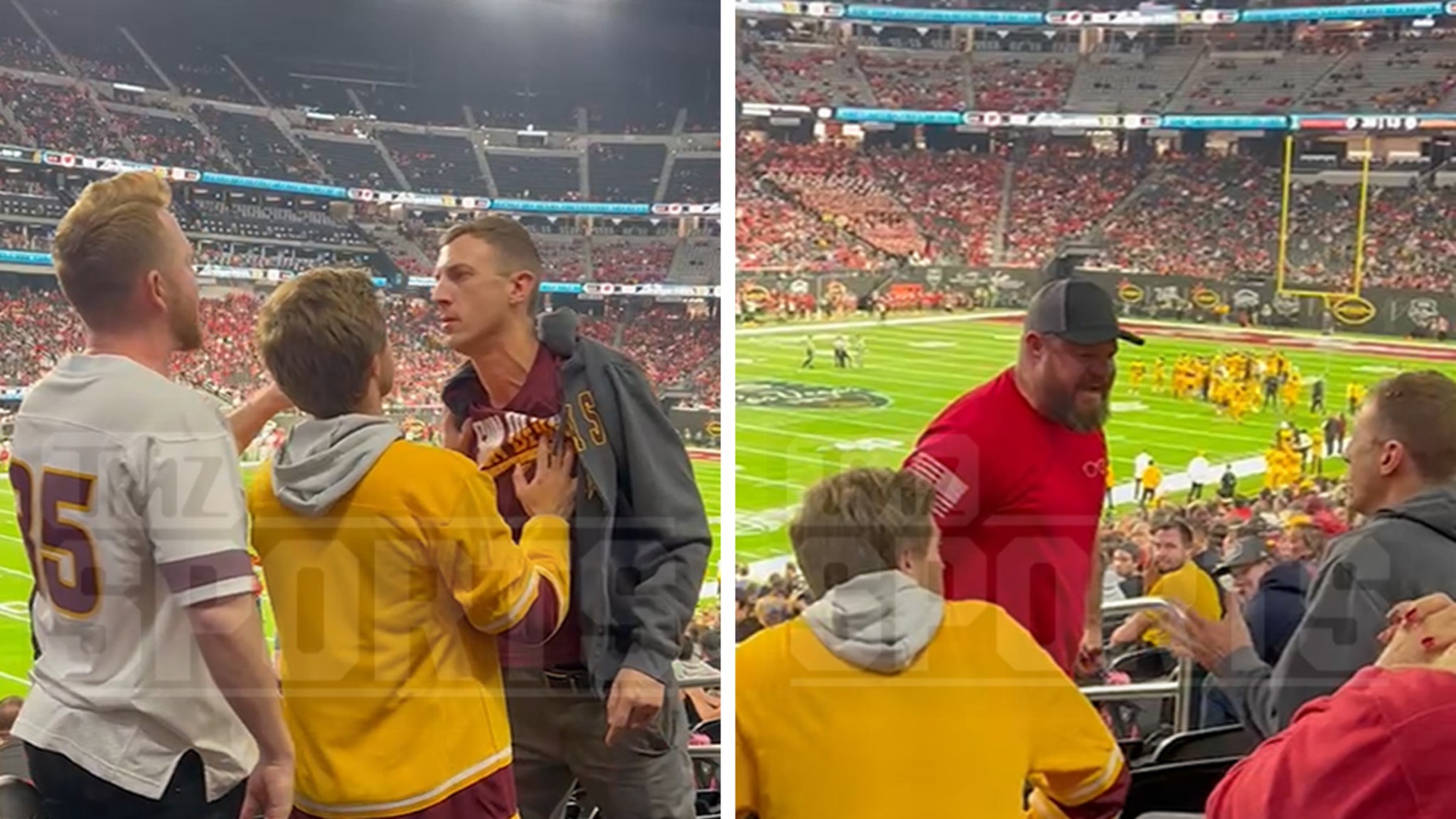 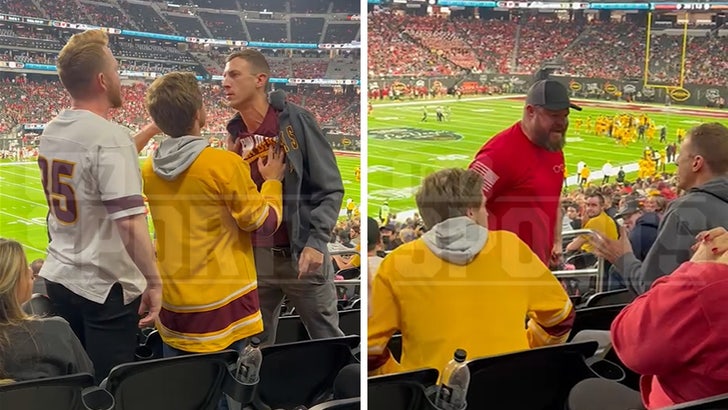 The Las Vegas Bowl was on the verge of an all-out brawl in the crowd, but after the punches started flying one man stomped out the fuse with a colorful threat.

Ya gotta see the video … Arizona State fans are jawboning each other in the stands at Allegiant Stadium and the Sun Devil on Sun Devil crime escalates to some haymakers.

Then, a Wisconsin Badgers fan runs over and lays down the law … putting his fingers in the ASU supporters’ faces and telling them he’ll knock them out cold if they don’t cut the crap. 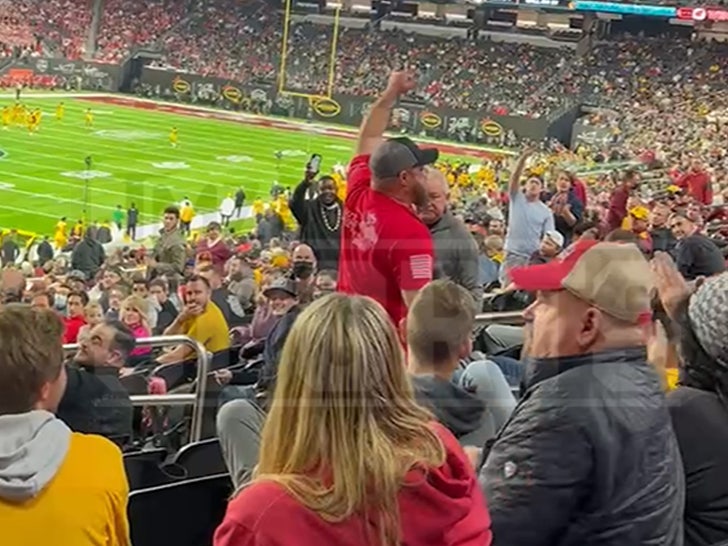 Folks who nearly had a front-row seat to a much bigger fight roar in approval after the Wisconsin fan silences the trash talkers … and both fan bases bond over a “Let’s Go Badgers” chant.

The Wisconsin fan saved others a headache … we’re told police and security didn’t come to the section, and this all happened midway through the 4th quarter.