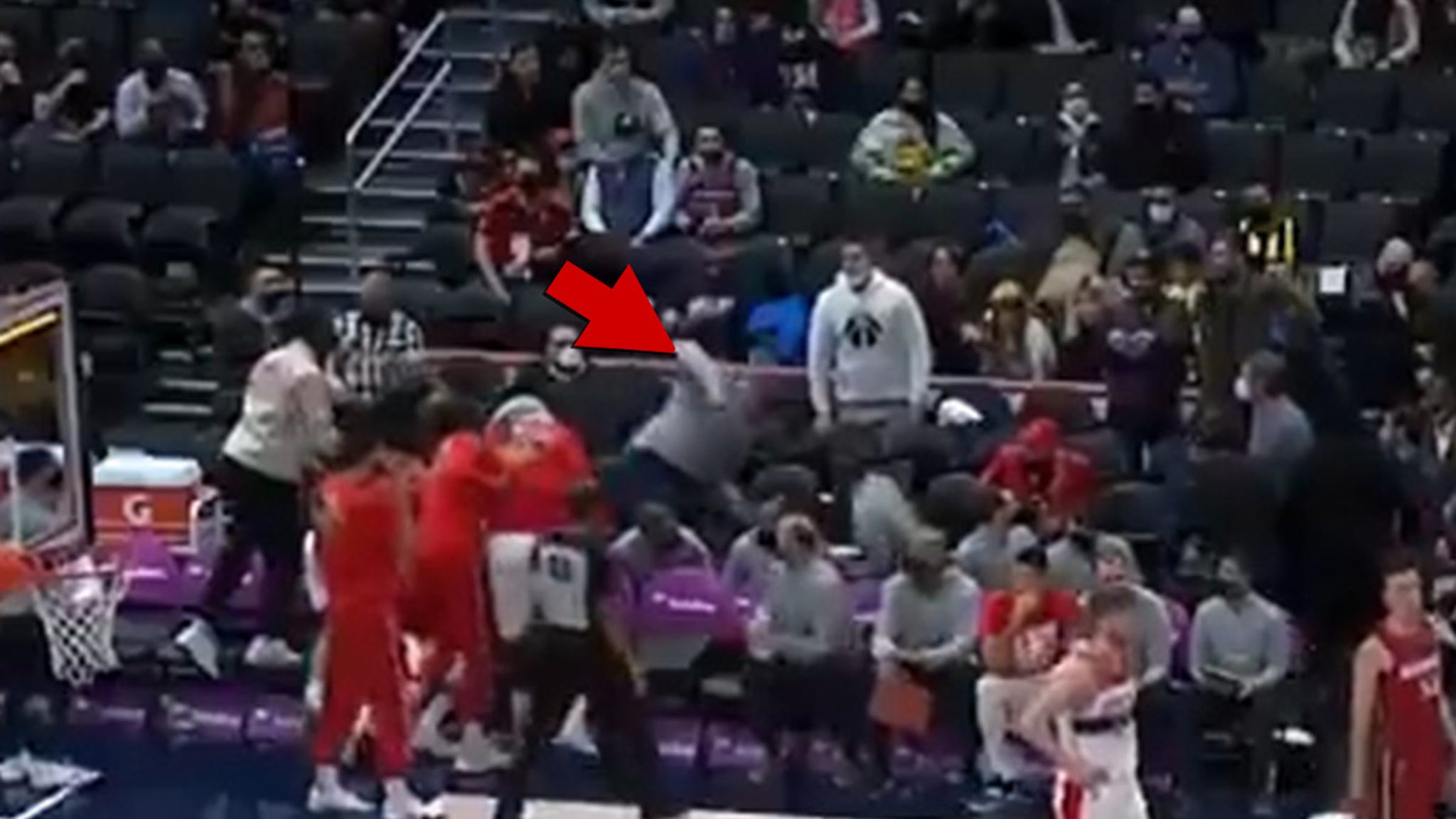 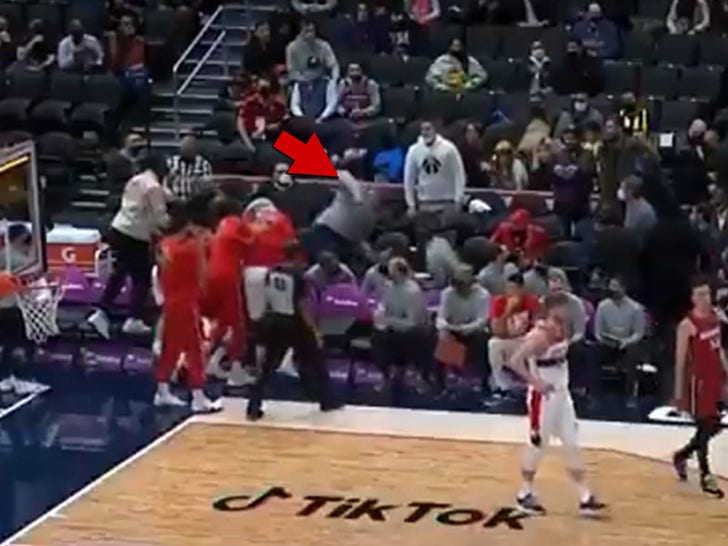 Scary moment in the NBA on Monday … a Wizards assistant coach jumped into the stands and charged at a fan, but fortunately, he was grabbed before a Malice At The Palace-like scene could break out.

The incident happened at the end of Washington’s blowout loss to the Heat … when broadcast cameras showed Mike Batiste appearing to lunge at a fan sitting a few rows behind the Wizards’ bench.

The incident with a fan and the Wizards bench in which Harrell had to intervene: pic.twitter.com/IiNXUp7Z8x

You can see in the footage, Batiste got up from his chair, jumped over a row of seats, and nearly made contact with a fan — but, thankfully, Wizards players grabbed him before anything got physical.

Batiste — a former pro basketball player who’s now serving as the Wizards’ manager of player development — was ultimately escorted into the locker room as the final seconds ticked off the game clock.

Following the loss, Wizards head coach Wes Unseld Jr. said he believed Batiste lost his cool because people “said something that was out of line.”

No word yet if 44-year-old Batiste will be punished for the incident.