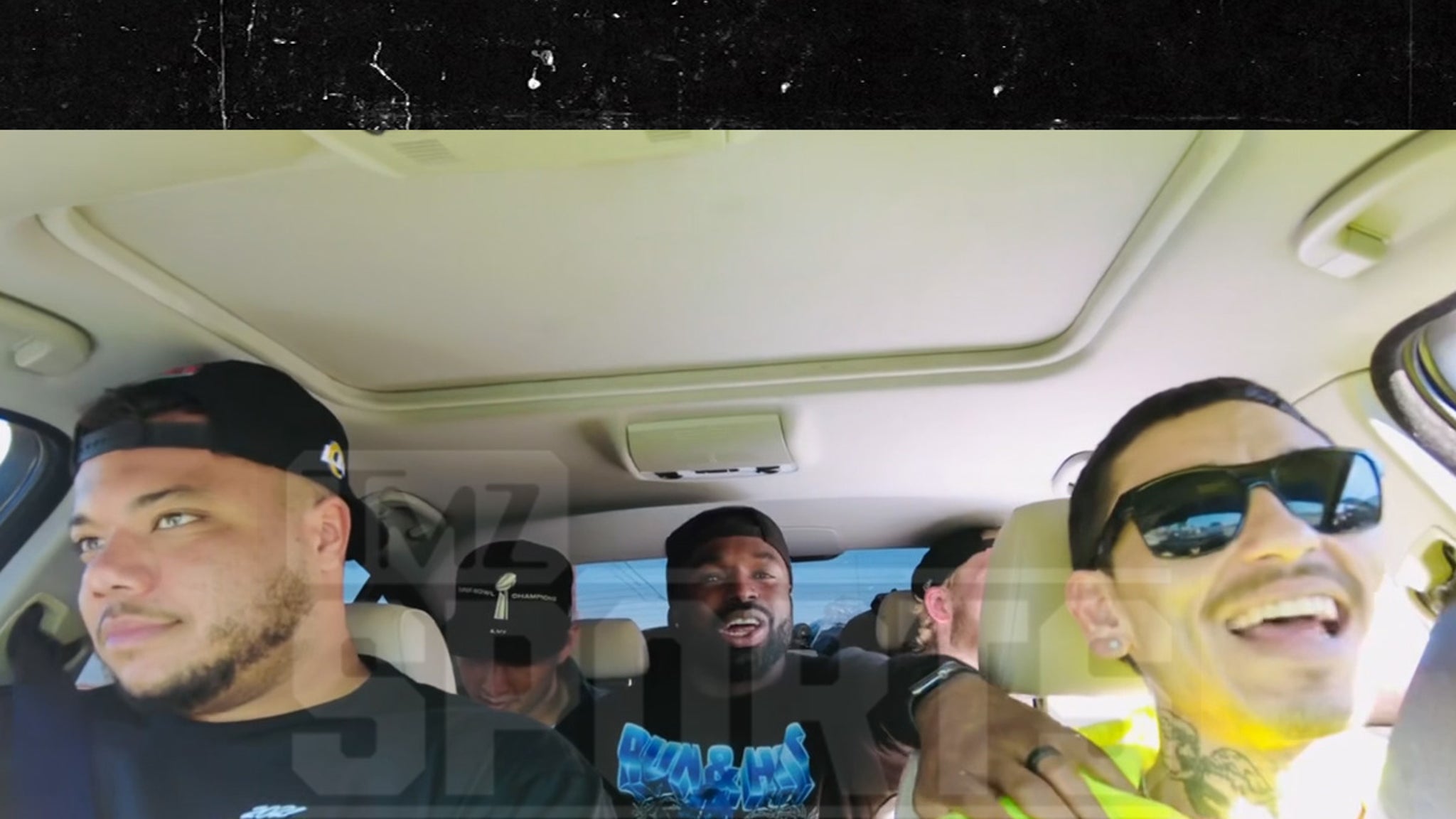 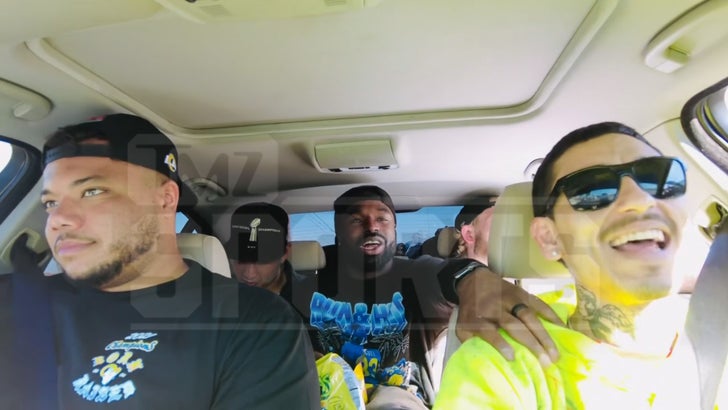 Four stranded Rams players who badly needed a ride to LAX following the Super Bowl parade on Wednesday caught a lift from a generous fan … and they rewarded the guy for the gesture with nearly $1,000!!

TMZ Sports has learned … just after the Rams’ parade settled down at the Coliseum in Los Angeles, Joe Noteboom, Taylor Rapp, Nick Scott and Jake Gervase somehow found themselves without a ride.

That was quite the problem — ’cause they had to be at the airport ASAP to catch a plane that was set to take them to Las Vegas to continue their championship celly. 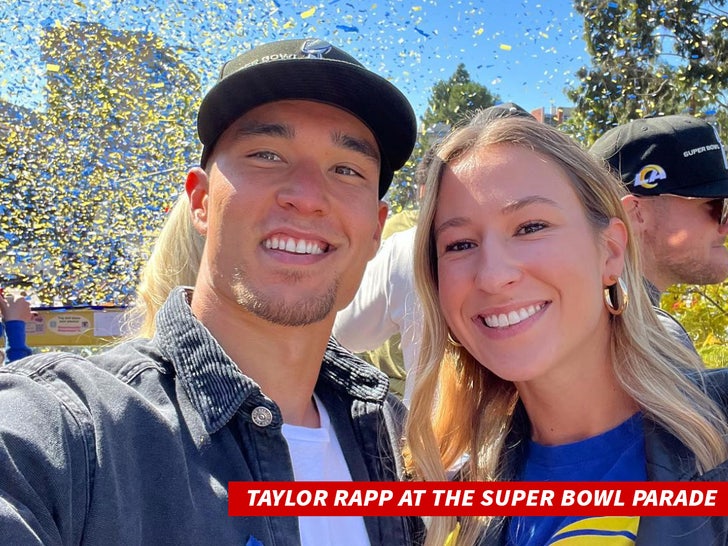 Blest with the ClockedIn Worldwide Team tells us he saw the players trying to flag down fans to give them a lift … so he pulled up in his BMW — and the dudes jumped in!!

Blest says the guys were super cool throughout the ride … even when he had to make a pitstop for gas on the way. Check out the video, they all seemed to be in a great mood! 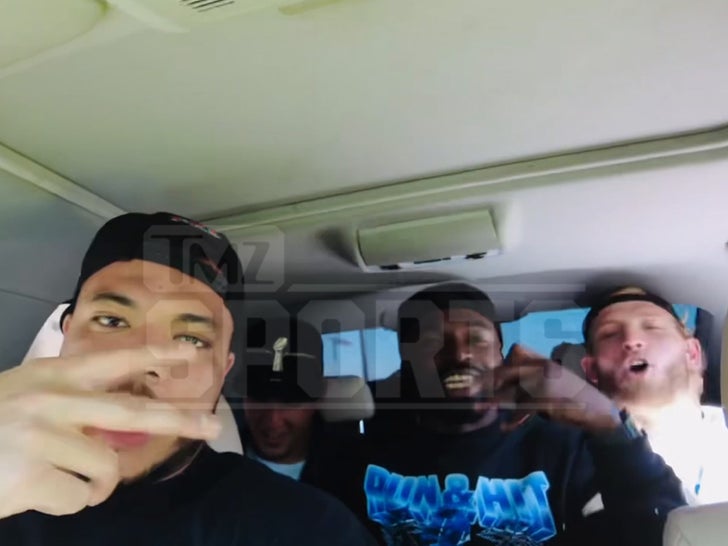 In all, the ride ended up being about half an hour — and Blest got them to their terminal with enough time for the guys to catch their flight.

We’re told each player handed Blest about $200 apiece for his time … and thanked him as they took off for Sin City.

What a Wednesday afternoon.