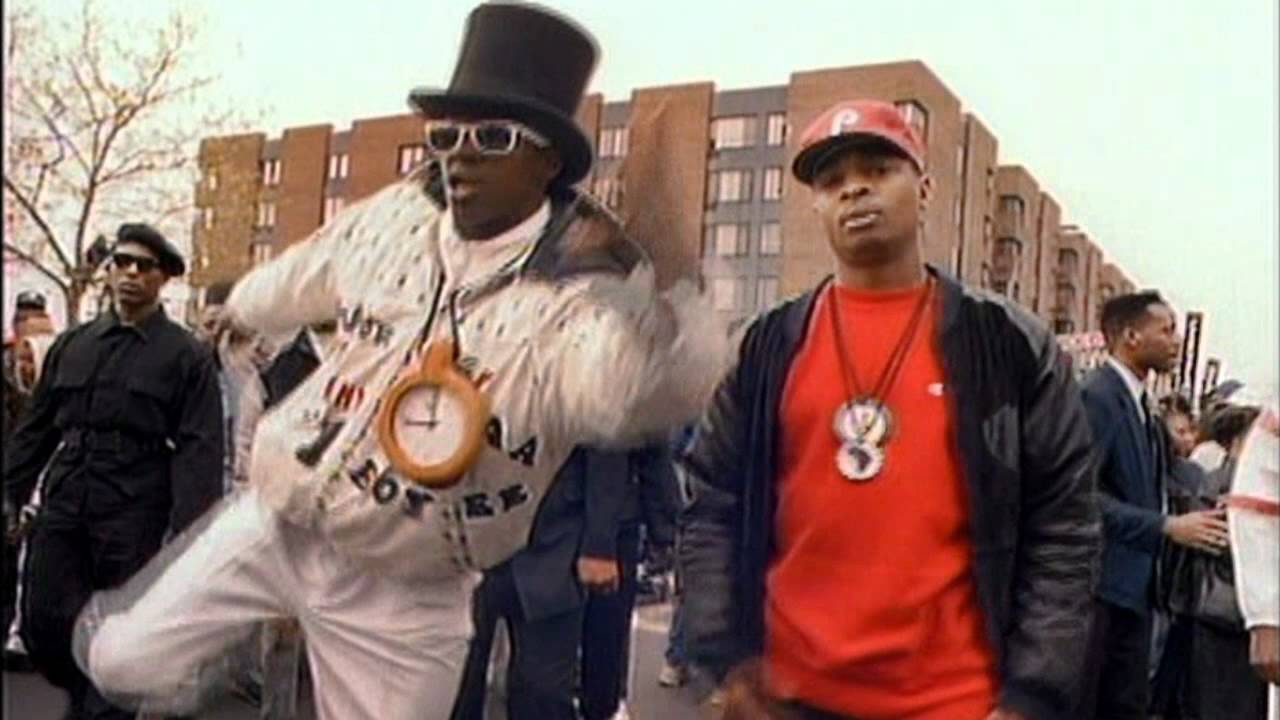 Lyrics:
[Intro]
Yet our best trained, best educated, best equipped, best prepared troops refuse to fight. As a matter of fact, it’s safe to say that they would rather switch than fight

[Verse 1]
1989 the number another summer (get down)
Sound of the funky drummer
Music hitting your heart cause I know you got soul
(Brothers and sisters, hey)
Listen if you’re missing y’all
Swinging while I’m singin’
Giving whatcha gettin’
Knowing what I knowin’
While the Black band’s sweating
And the rhythm rhymes rolling
Got to give us what we want
Gotta give us what we need
Our freedom of speech is freedom of death
We got to fight the powers that be
Lemme hear you say
Fight the power

[Verse 2]
As the rhythm’s designed to bounce
What counts is that the rhyme’s
Designed to fill your mind
Now that you’ve realized the pride’s arrived
We got to pump the stuff to make ya tough
From the heart
It’s a start, a work of art
To revolutionize make a change nothing’s strange
People, people we are the same
No we’re not the same
‘Cause we don’t know the game
What we need is awareness, we can’t get careless
You say what is this?
My beloved let’s get down to business
Mental self defensive fitness
(Yo) bum rush the show
You gotta go for what you know
To make everybody see, in order to fight the powers that be
Lemme hear you say
Fight the power

[Verse 3]
Elvis was a hero to most
But he never meant shit to me you see
Straight up racist that sucker was
Simple and plain
Motherfuck him and John Wayne
‘Cause I’m Black and I’m proud
I’m ready and hyped plus I’m amped
Most of my heroes don’t appear on no stamps
Sample a look back you look and find
Nothing but rednecks for 400 years if you check
Don’t worry be happy
Was a number one jam
Damn if I say it you can slap me right here
(Get it) let’s get this party started right
Right on, c’mon
What we got to say
Power to the people no delay
Make everybody see
In order to fight the powers that be