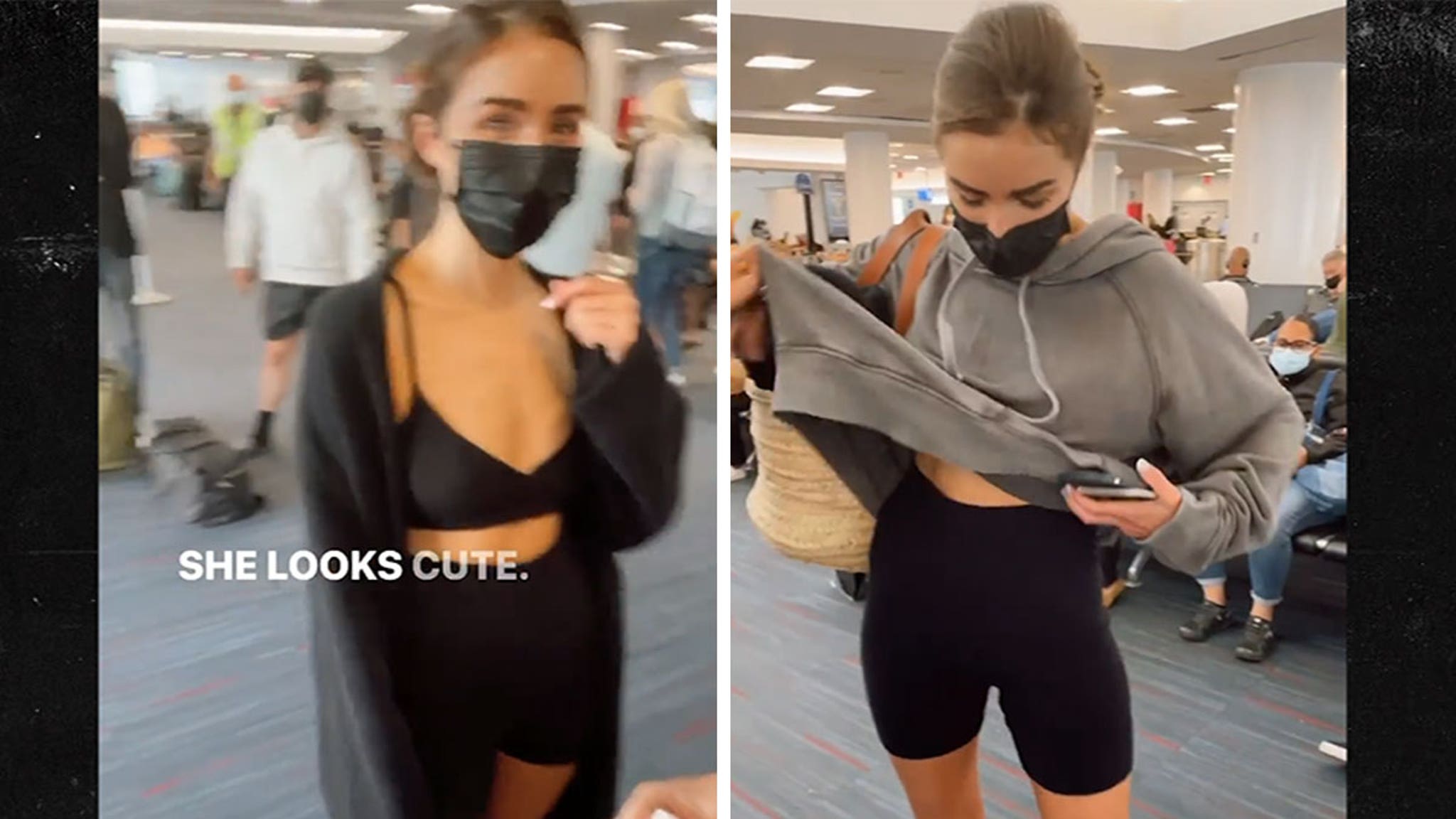 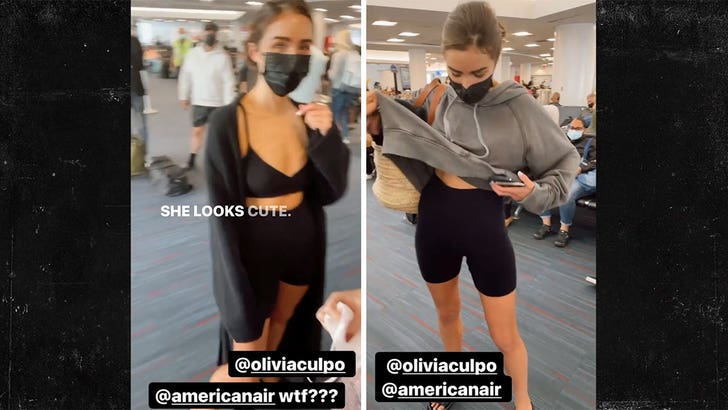 Olivia Culpo had to throw on her BF Christian McCaffrey‘s hoodie before her flight to Cabo … and it wasn’t due to cold weather — it’s because the airline told the 2012 Miss Universe she was showing too much skin.

OC’s sister, Aurora, documented the whole debacle on Thursday … showing Olivia in an all-black outfit with biker shorts, a crop top and a long cardigan.

Aurora says OC was called up to the front desk at their gate before boarding … and one of the American Airlines workers told her she needed a blouse in order to get on the flight.

What’s interesting — the Culpo sisters point out another passenger who was also wearing a crop top, yet that lady wasn’t told to cover up. 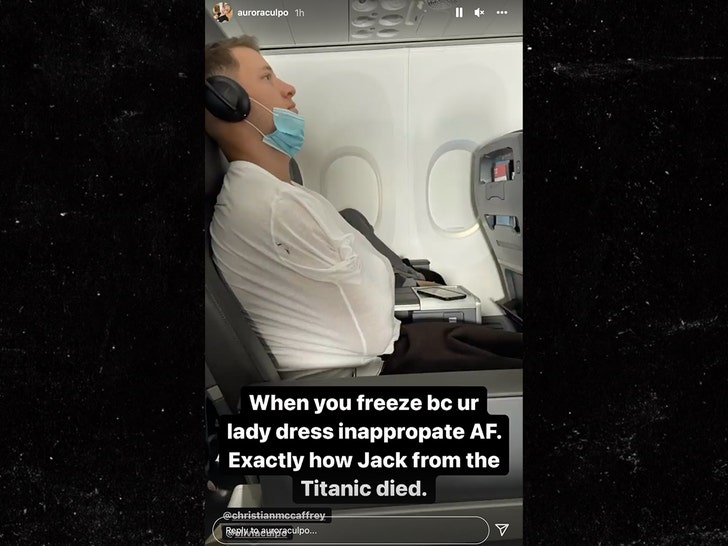 Luckily for Olivia, she didn’t have to run to a nearby souvenir shop to fix the situation — her NFL superstar boo offered up his comfy hoodie … which led to a pretty cold and uncomfortable ride for him up in the air.

To make the whole situation even more inconvenient, the group’s flight was delayed a bit … but eventually, they made it up in the sky.

We’ve reached out to AA for comment … so far, no word back.