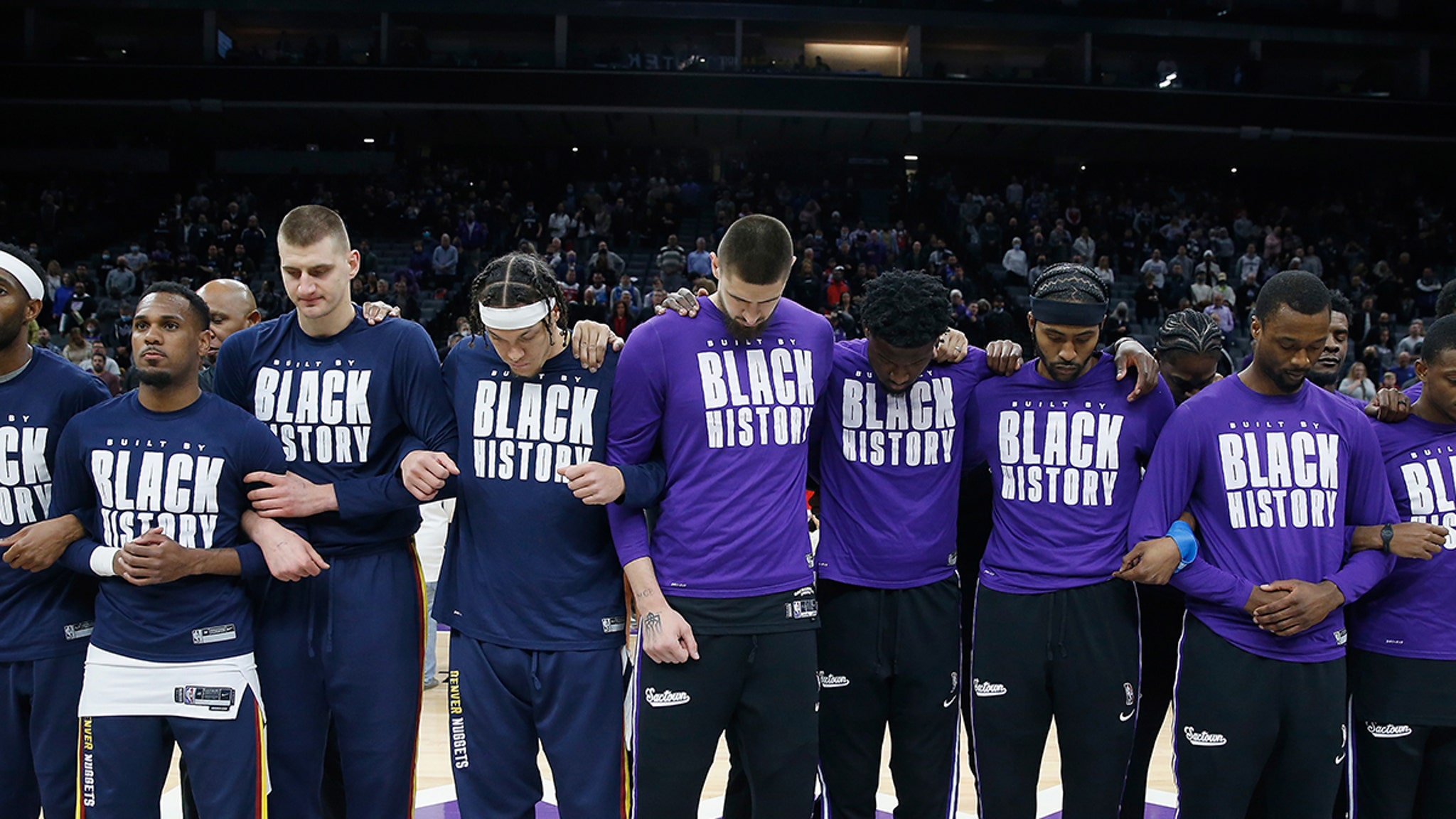 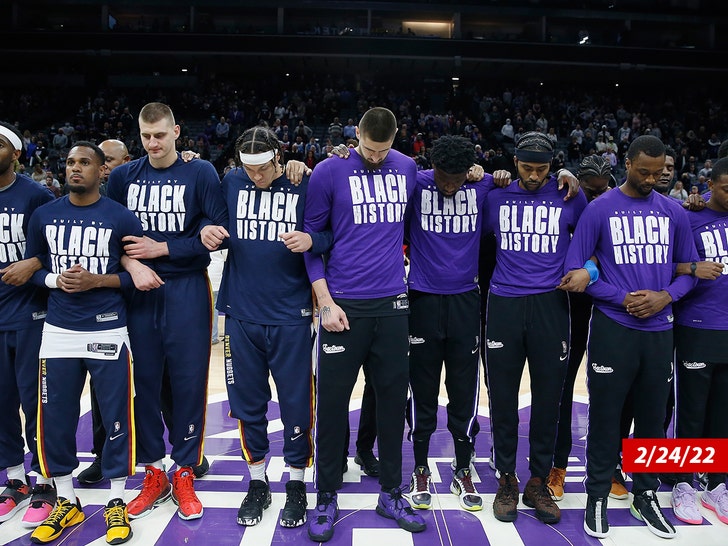 Powerful moment before the Nuggets and Kings game Thursday — the teams, including Ukrainian-born Sacramento center, Alex Len, locked arms in a show of solidarity as war rages on in Ukraine.

Len is 1 of 2 NBA players from Ukraine. Svi Mykhailiuk, a forward from the Toronto Raptors, is the other player.

The show of unity between the teams comes in the wake of Russia launching a violent military attack in Ukraine … sparking international condemnation and concern over the situation on the ground in eastern Europe.

It’s obviously been a very difficult time for Len … and he clearly appreciated his teammates and the opposing players on the Nuggets for the gesture.

“Thank you to my Kings family and the Denver Nuggets for your solidarity and support of Ukraine tonight,” Alex wrote on Instagram.

Len also shared a joint statement on social media with Mykhailiuk condemning the awful attacks perpetrated by the Russian military.

“Ukraine is a peaceful, sovereign state inhabited by people who want to decide their own destiny. We pray for our families, friends, relatives, and all the people who are in the territory of Ukraine.”

“We hope for an end to this terrible war as soon as possible. “Dear fellow Ukrainians, Hold on! Our strength is in unity! We are with you!”

Alvin Gentry — head coach of the Kings — spoke with reporters before the game … telling the media he had a team meeting with Len, and the coach asked for prayers for his loved ones. 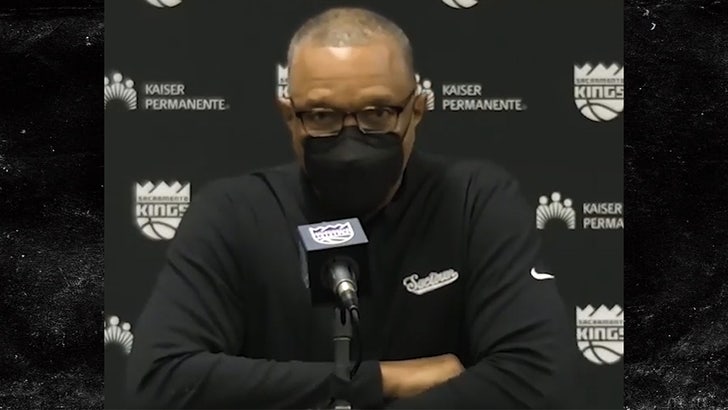 “I just like for you guys to kinda keep him in your prayers and hopefully his family is going to remain safe.”