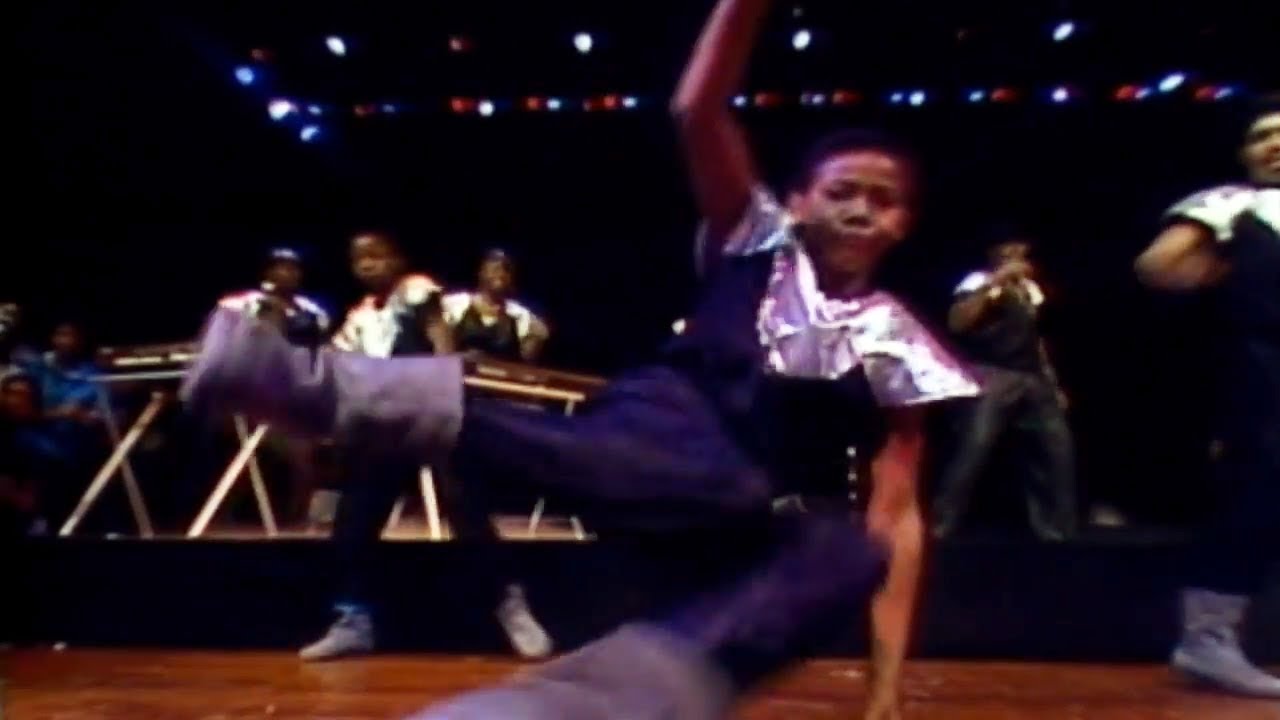 Newcleus is an American electro and old school hip hop group that gained popularity in the early 1980s. The group is primarily known for its 12-inch single “Jam-On’s Revenge” (re-released as “Jam on Revenge (The Wikki-Wikki Song)” (1983)) and “Jam on It” (1984).

A precursor to the group, known as Jam-On Productions, was formed in 1977 in Brooklyn, New York City, New York, and included teenagers Ben “Cozmo D” Cenac and his cousins Monique and Pierre “Pete” Angevin. The group’s popularity grew as it played block parties in Brooklyn. By 1979, the primary group’s members were Cenac, Yvette “Lady E” Cook (who would later marry Cozmo D), Monique Angevin, and Bob “Chilly B” Crafton (who would later marry Angevin). The coming together of families inspired the name change to Newcleus.

Newcleus recorded “Jam-On Revenge,” a block-party favorite featuring vocals that were sped up. The track impressed record producer Joe Webb, and it became the group’s first single in 1983 on Mayhew Records. Retitled as “Jam On Revenge (The Wikki-Wikki Song)”, the track reached the Top 40 on the U.S. R&B chart. The group eventually signed with Sunnyview Records, which was later acquired by Rhino Records in the 1990s.

Neither Newcleus albums, Jam on Revenge and Space Is the Place, sold well. The deleted Jam on Revenge album is now regarded as a classic, not only because of the well-known singles, but also because of album cuts such as “Destination Earth.”

“Newcleus” released several albums in the following years, but these were the creations of producers putting out material under the Newcleus name. Some of these featured classic Newcleus tracks touted as live versions (but simply added crowd noise atop the original tracks).

In 2005, Cozmo D released an album, Destination Earth: The Definitive Newcleus Recordings, a collection of hip-hop tracks from the group’s entire catalog. This collection supersedes the Rhino/Atlantic Records compilation Jam On This! The Best Of Newcleus. The majority of the songs on this release were restored and remastered from the original master tapes. The definitive versions of the songs “Destination Earth” and “Why” taken from this CD were also released on 12-inch vinyl on the German record label Dominance Electricity. Together with remixes by Sbassship and Reeno, the cover illustrations are by Bill Wray (known for his work on the 1990s cult TV cartoon The Ren & Stimpy Show).

Newcleus is working on a second collection titled Returned to Earth, a companion volume to Destination Earth, which will collect all of its electro works onto one disc, restored and remastered from the original tapes. The album will also include two new songs.

Although both Newcleus albums, Jam on Revenge and Space Is the Place, have been remastered and reissued on CD, the song “Where’s the Beat” from Jam on Revenge was removed from the track listing. These albums were previously available in the United States only on vinyl and audio cassette. However, both albums’ original track listing and cover art were also available on CD, manufactured and distributed by Bellaphon Germany through Sunnyview Records in 1988.

Newcleus’ songs have been used in several video games. “Computer Age” appears in Mat Hoffman’s Pro BMX, and “Jam On It” appears in both Dance Dance Revolution Ultramix 2 and DJ Hero 2, the latter featuring a newly re-recorded version of the song.