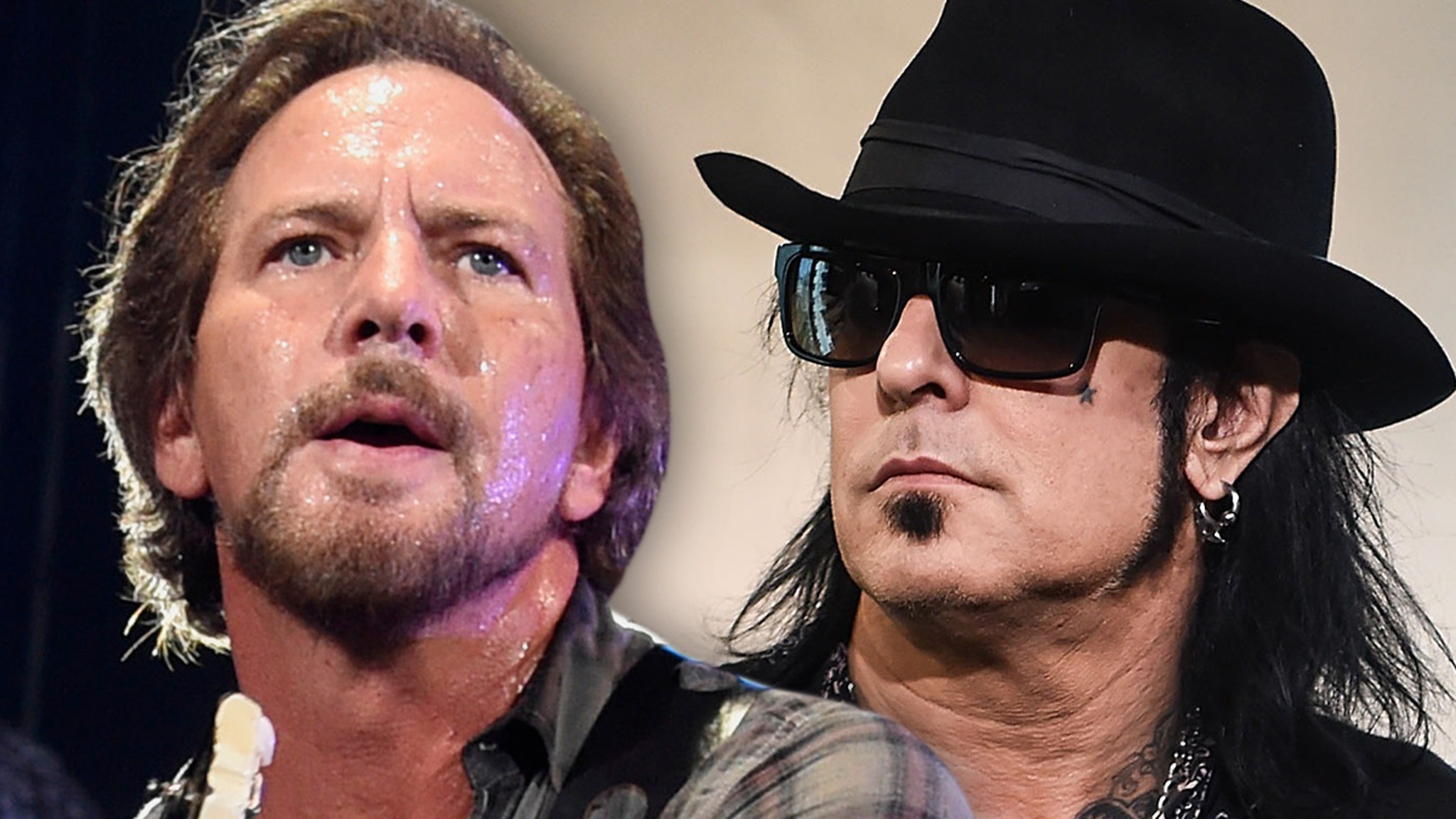 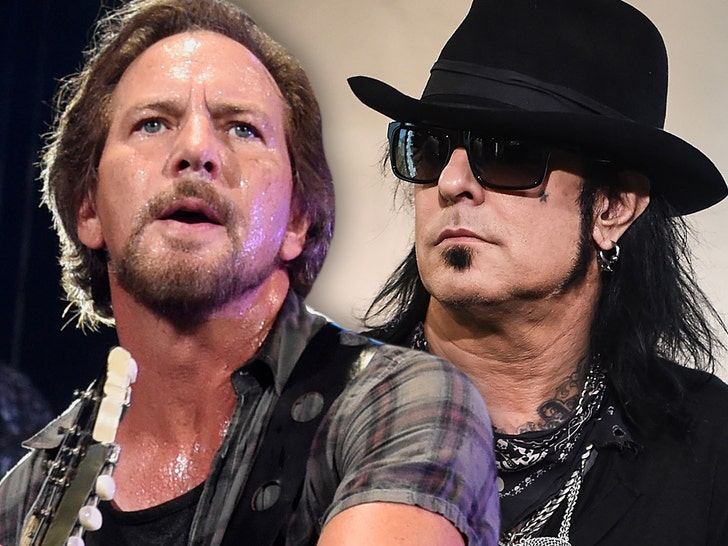 Eddie Vedder says he hated Motley Crue in the ’80s, and now one of the big-hair band’s very own is firing off his thoughts on the matter … calling Pearl Jam a snore-fest.

Bassist Nikki Sixx tweeted out some zingers Saturday, writing … “Made me laugh today reading how much the singer in Pearl Jam hated @MotleyCrue. Now considering that they’re one of the most boring bands in history it’s kind of a compliment isn’t it?”

Made me laugh today reading how much the singer in Pearl Jam hated @MotleyCrue. Now considering that they’re one of the most boring bands in history it’s kind of a compliment isn’t it?#TheStadiumTour #RocknRoll

He wasn’t done mouthing off just yet though … in response to one fan saying she’d recommend PJ songs for a friend’s newborn baby to get it to go to sleep, NS replied — “Or just sing to the baby with marbles In your mouth…Very zen.”

And yet to another fan who called him a lame who had 3 mid-level songs at best, Nikki wrote … “Remember there were zillions of brown haired bands for brown haired fans…..Go find them.  You will know them by the bored look on their face.” 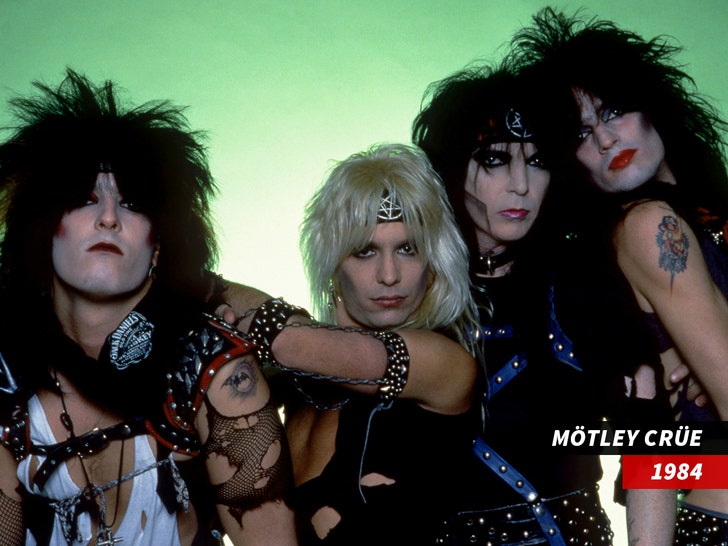 Now, if you’re wondering where the heck all this generational animosity stems from … it’s actually Vedder who technically launched the first bow across the bow — taking aim at MC, specifically, in a recent NYT article … in which he called the 4 fellas and their whole aesthetic “vacuous.”

While answering a question about whether any ripples from the Gen X/alt-culture explosion of the ’70s and ’80s extended to the present, EV didn’t hold back while describing an old gear-loading gig of his. 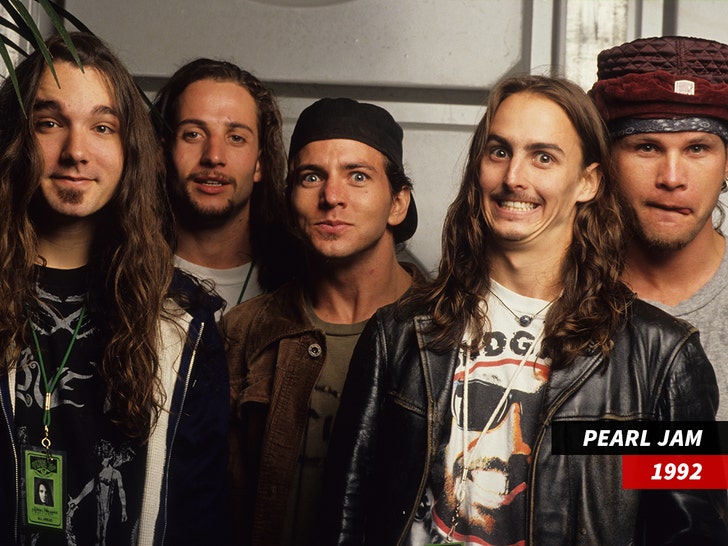 Vedder went on to say that thank God Guns N Roses came around to put some teeth back into the genre. And finally, he took a shot at Heather Locklear — Tommy Lee’s ex-wife. 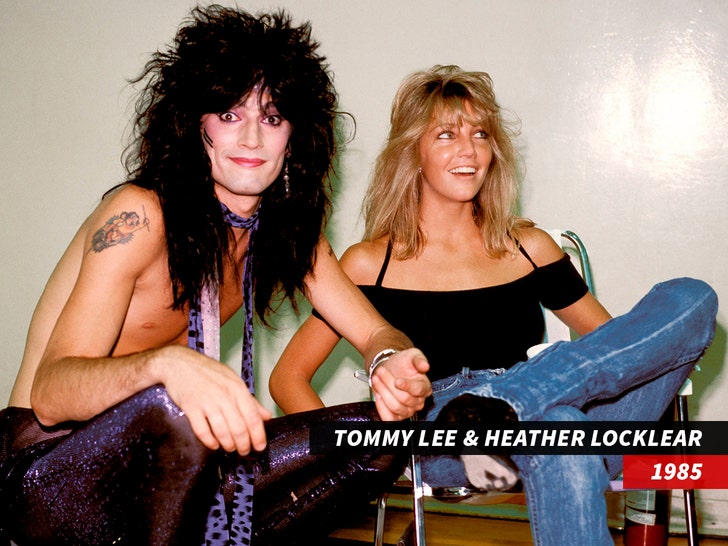 He suggests Locklear was emblematic of how rock and roll portrayed and/or saw women in those days, explaining, “But I’m circling back to say that one thing that I appreciated was that in Seattle and the alternative crowd, the girls could wear their combat boots and sweaters, and their hair looked like Cat Power’s and not Heather Locklear’s — nothing against her.”

He finishes, “They weren’t selling themselves short. They could have an opinion and be respected. I think that’s a change that lasted. It sounds so trite, but before then it was bustiers.” Sounds like a classic battle of the bands beef right here — can we get a Verzuz???