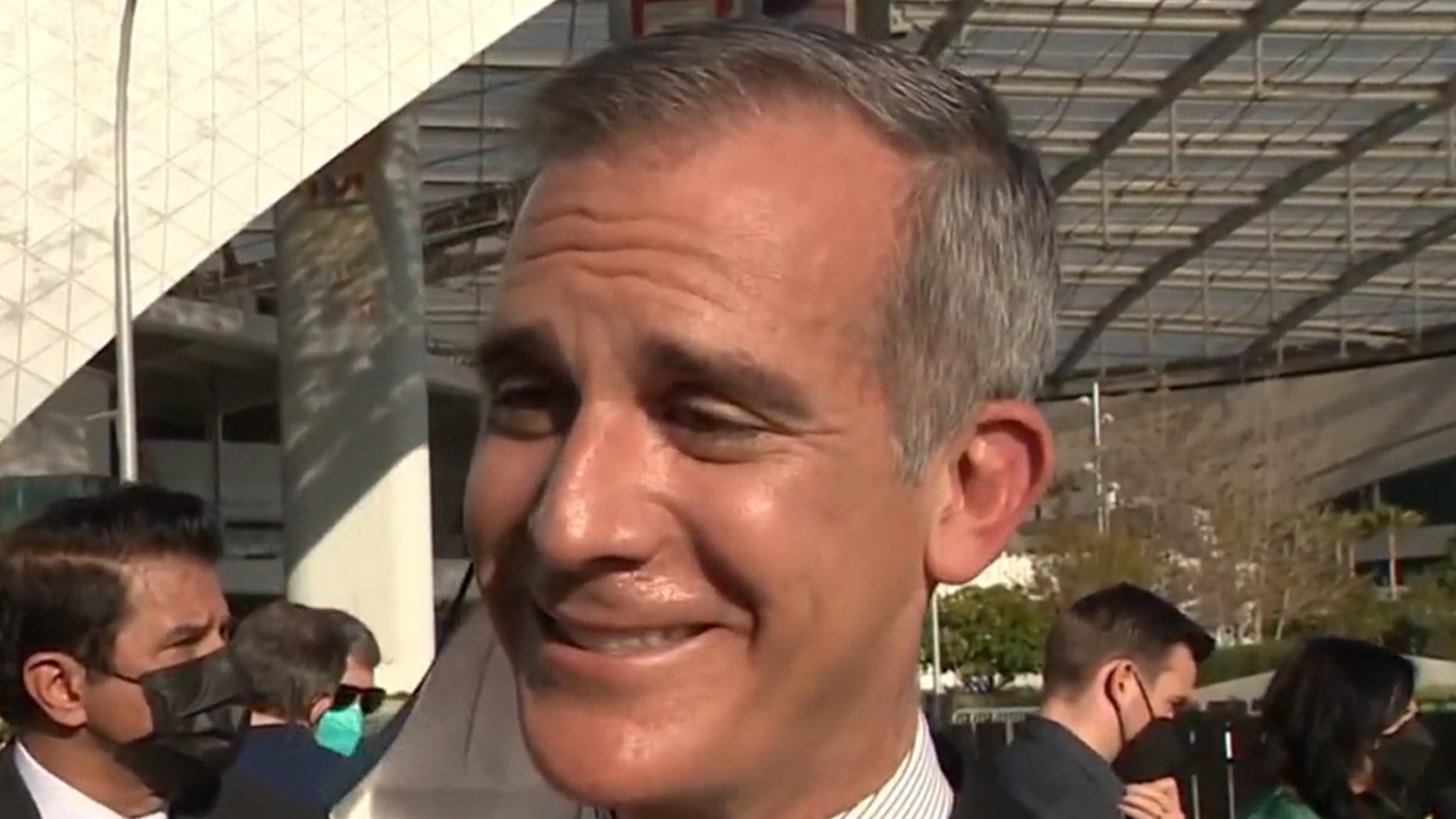 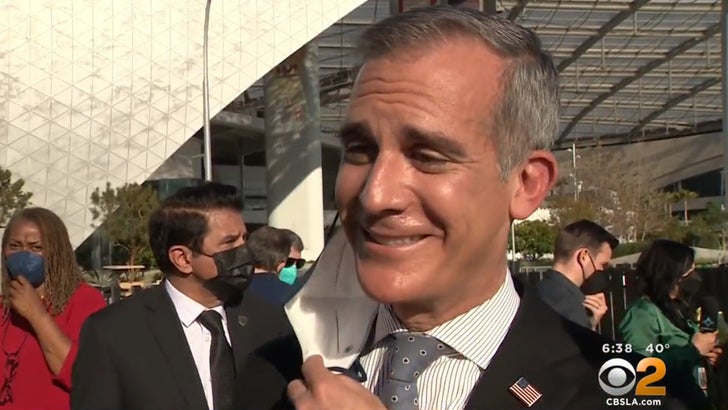 The Mayor of Los Angeles is ripping a page out of Bill Clinton‘s playbook … insisting he was holding his breath while posing for pics without a face mask — and claiming it was totally COVID-safe as a result.

Mayor Eric Garcetti is catching flak for a pic he took at SoFi Stadium on Sunday during the NFC Championship game — he was smiling big in the shot with Magic Johnson, but not wearing a mask.

He responded to the criticism by telling KCBS, “People want a picture, I hold my breath. Zero risk.” Yes, he said that with a straight face. 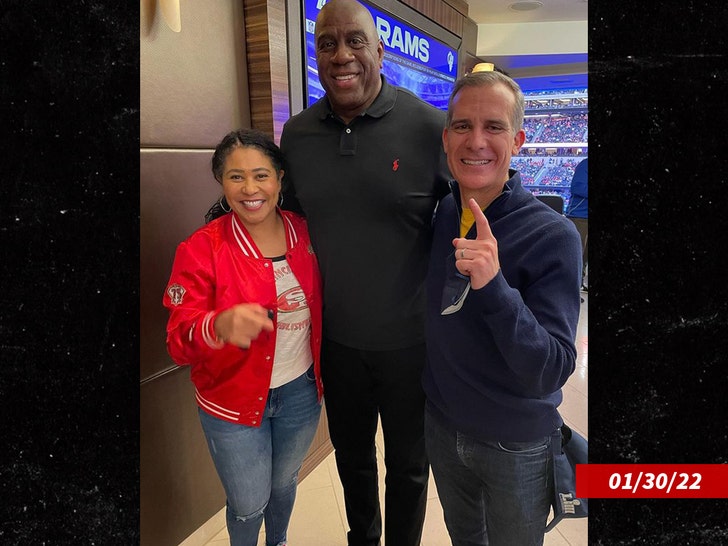 In other words, “I didn’t inhale” … much like President Clinton famously claimed back in 1992 about smoking marijuana while he was going to college in England.

If Clinton’s claim made you chuckle, Garcetti’s has to be a full LOL. The reality is, hizzoner the Mayor’s hardly the only person who went maskless at the game — we all know people who’ve done it.

But, it’s yet another example of the apparent hypocrisy from politicians who encourage their citizens to wear masks, while not following the mandates in public. 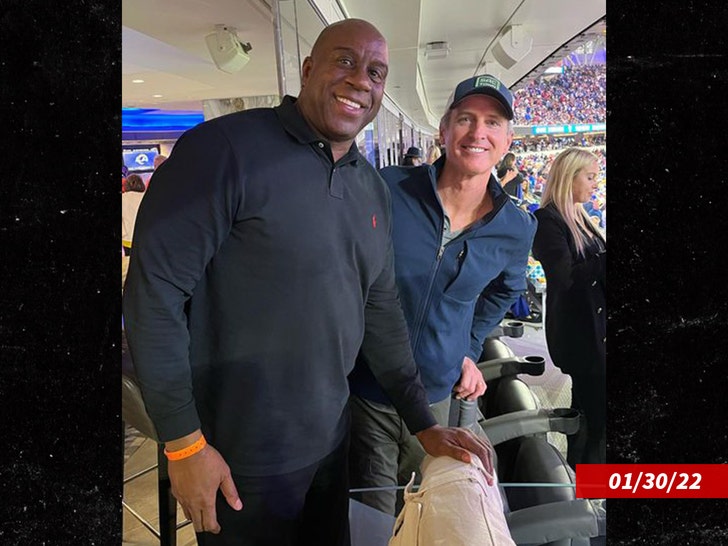 Speaking of which, Cali’s Gov. Gavin Newsom — ripped for his infamous indoor dining at French Laundry in 2020 — also took a maskless photo with Magic during the Rams-49ers matchup. No word if he too employed the breathless method.