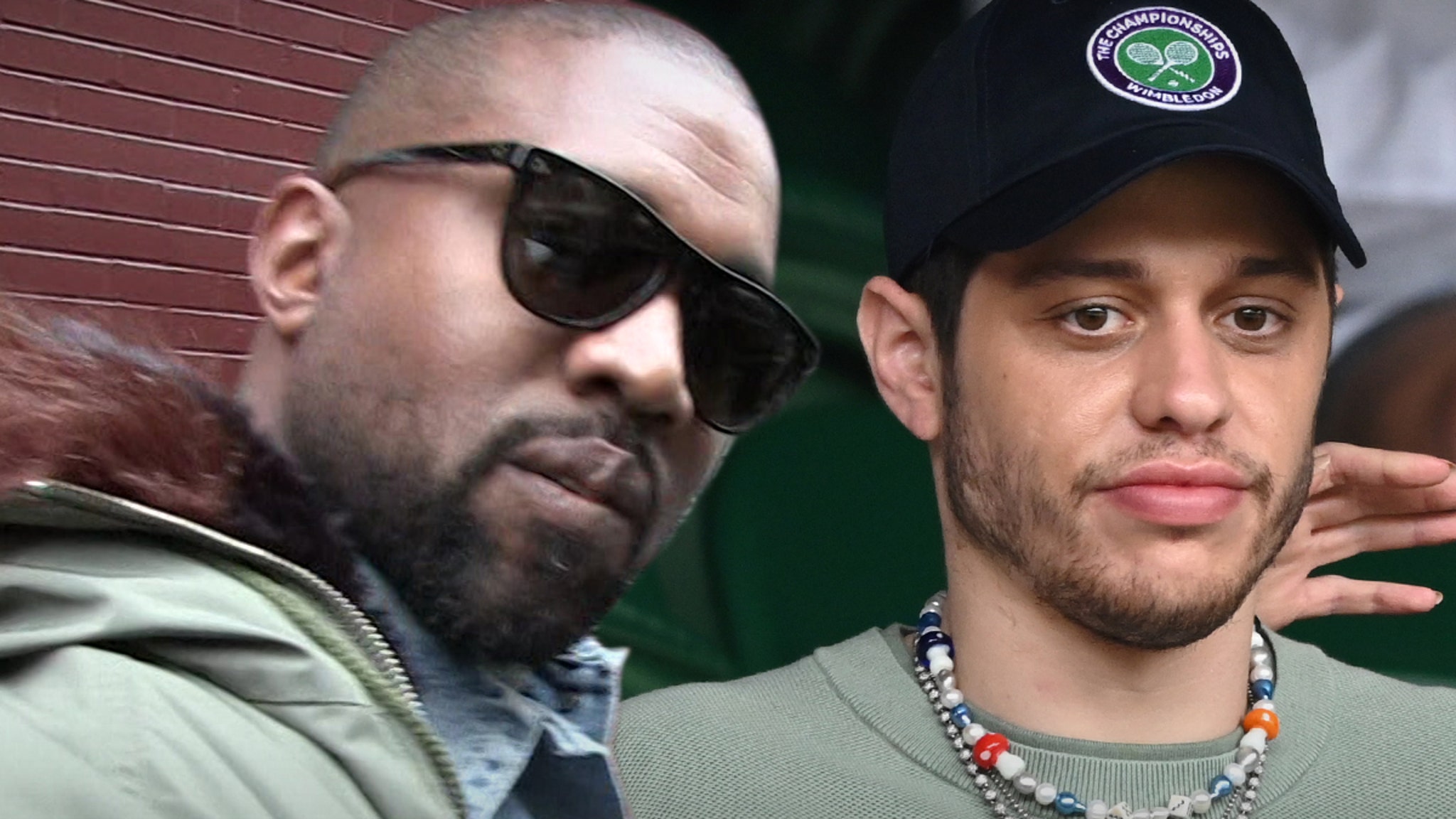 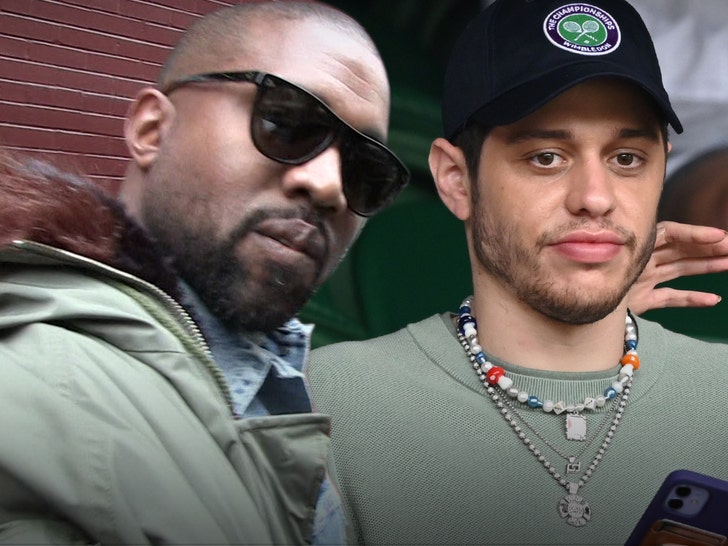 Pete Davidson‘s return to Instagram is gonna get really interesting really quickly, because one of his new followers is … you guessed it, Kanye West!!! Naturally.

In his latest tug-of-war with his ex, Kim Kardashian, Ye followed Pete’s new account Wednesday night, and not quietly, either. He left a pretty ominous ALL CAPS comment … “FOLLOWED”.

He then posted a screenshot of that, but of course, he quickly deleted it. 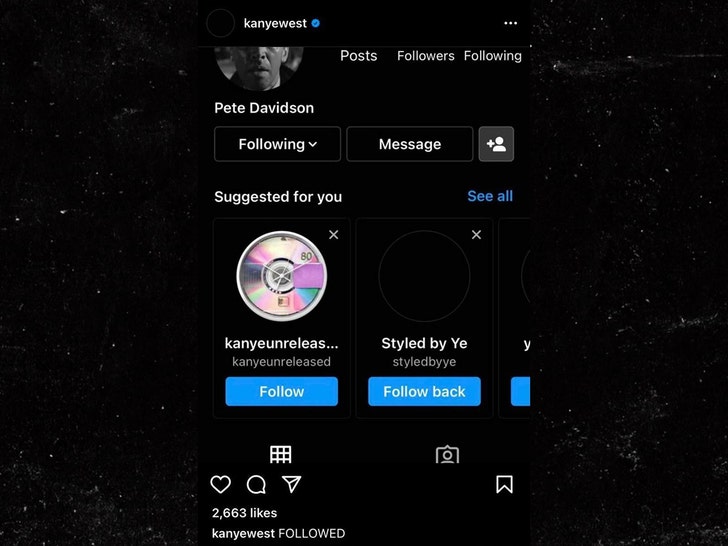 Pete launching a new IG account is a little ironic — and maybe defiant — considering it’s the very platform Kanye used to publicly insult him. Just a few days ago, he called Pete a “d**khead” and posted their private messages, where Pete insisted he hopes to squash their beef someday.

You’ll recall, Ye also encouraged folks to scream at Pete, if they saw him out in public … he later posted private texts from Kim, expressing concern for Pete’s safety. And, that’s just IG … the rapper previously threatened to ‘beat Pete Davidson’s a**’ on a song from his Donda 2 album. 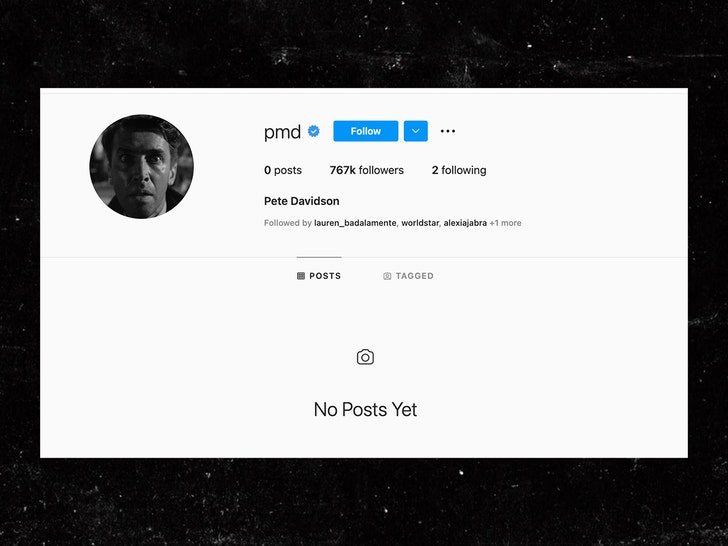 So, it’s no shocker Pete didn’t give Ye a follow back. In fact, the only people Pete is following right now are his boo, Kim Kardashian, and actor Sebastian Stan. 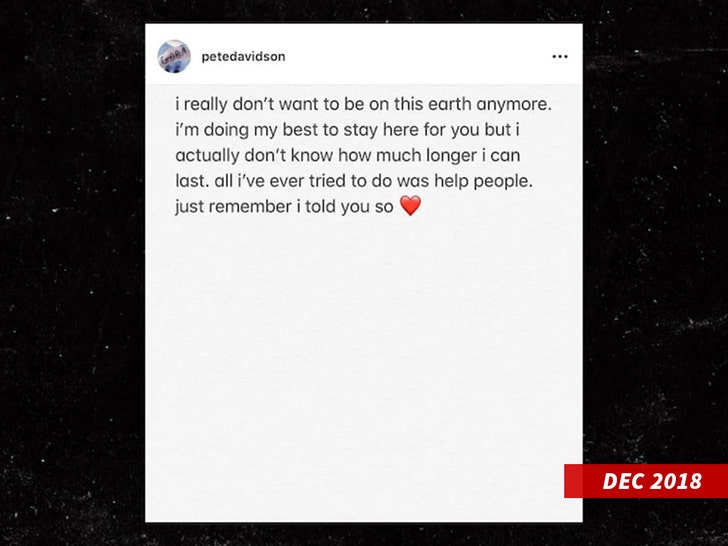 The ‘SNL’ star actually deleted his account back in 2018 for mental health reasons. He called the Internet an “evil place” … he joined again briefly, but dropped out again after posting a concerning note.

The odd thing is with Ye lurking and taunting him, the Internet can’t seem all that inviting now!

Brandon Moreno Says He Has No Bad Blood W/ Figueiredo, Open To Truce
Tyre Nichols’ Stepdad Denies Rumor He Had Affair with Officer’s Wife
NEW MUSIC: SahBabii – “How Bout U ?”
Seemingly Celibate Amber Rose Thinks There’s Pee In The Dating Pool, Wants To ‘Be Single For The Rest Of Her Life’
Finesse2Tymes, Moneybagg Yo & NLE Choppa Reacts To Tyre Nichols Beaten To Death By Memphis Police