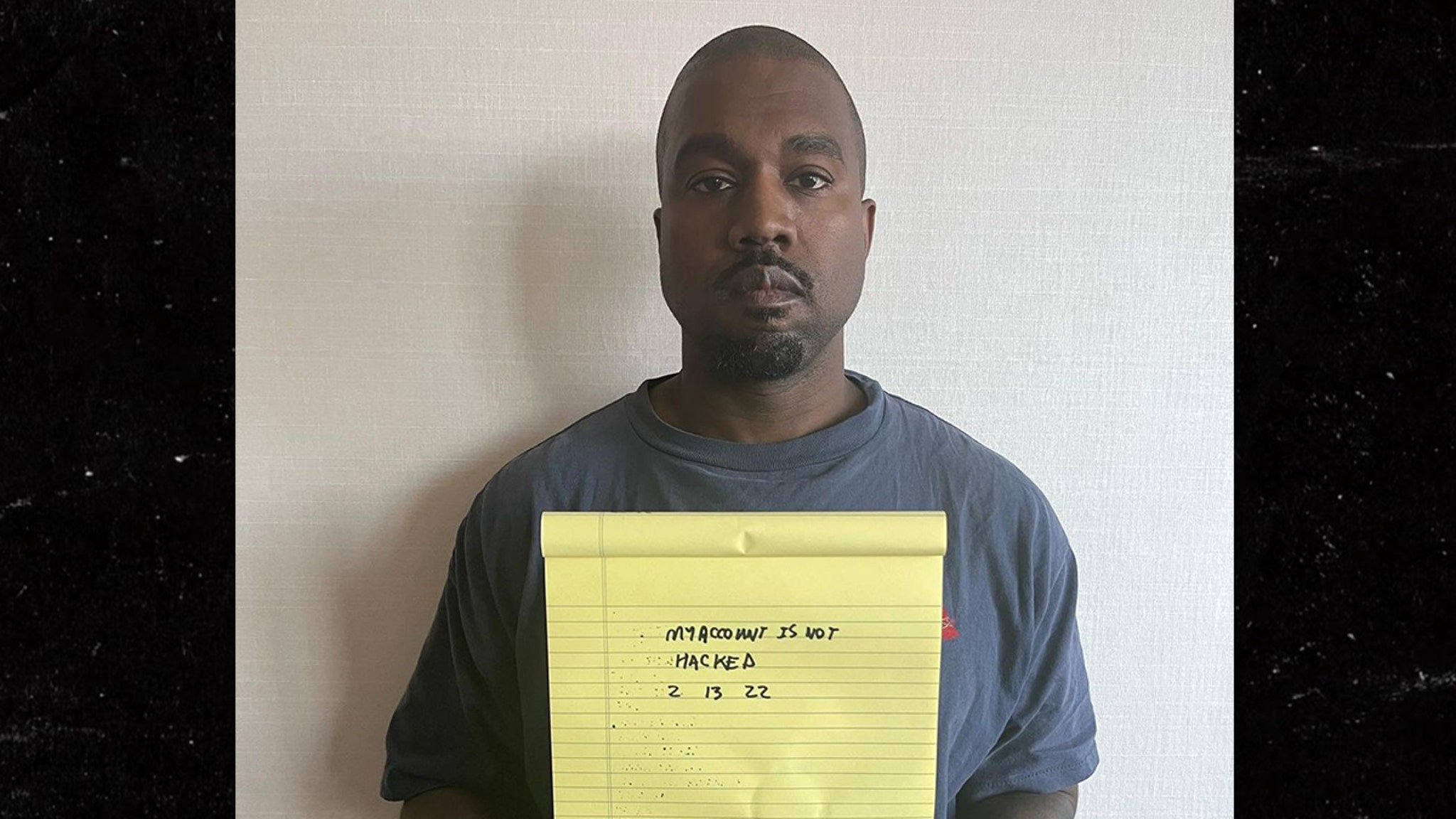 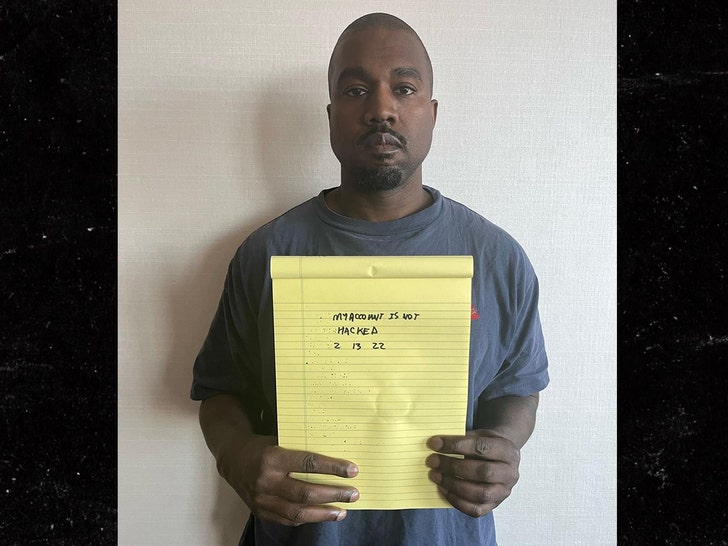 10:25 AM PT — One last thing … Kanye seems to want to make sure people know his account isn’t hacked, and that this is all him. He posted a photo of himself with today’s date written out.

He writes, “MY ACCOUNT IS NOT HACKED I WILL BE AT SUNDAY SERVICE AT NOON AND WILL ME TAKING NORTH AND SAINT TO THE SUPERBOWL SHORTLY AFTER @chethinks I’LL DOUBLE WHATEVER THEY PAYING YOU JUST SO YOU DONT HAVE TO LOOK AT THAT PAWN EVER AGAIN BIG LOVE.”

10:17 AM PT — More unhinged thoughts from Kanye, who seems to be determined to smear Pete’s name by any means necessary … even if it means invoking the late Mac Miller.

Ye is literally publishing a crap ton of IG posts right now, most of which are aimed directly at PD — including one that’s a screenshot of an old, unfounded internet rumor about how Pete allegedly sent Mac intimate photos of him and Ariana Grande together. That was never reported on as fact by any media outlet that we can see … it was pure gossip.

And yet, Kanye threw it up as an attack … writing “NO COMMENT” as the caption. Sadly, there’s more. 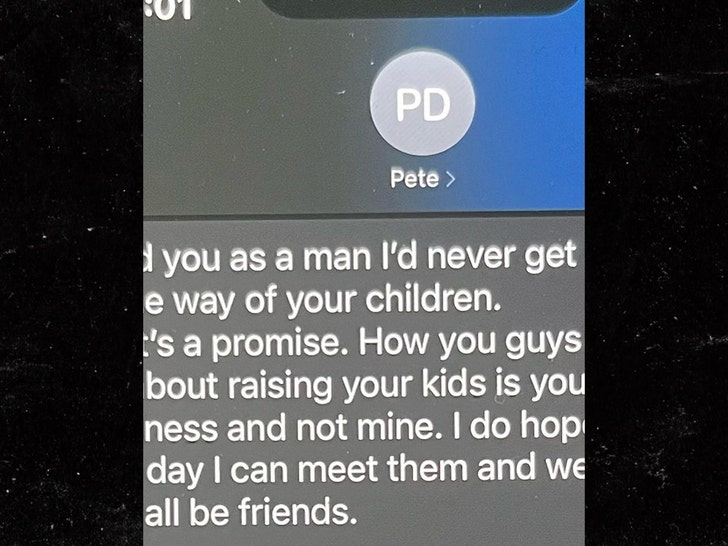 KW threw up a photo of Pete and MGK in their undies, as well as another screenshot of what appears to be a text exchange with Pete himself … who seems to have reached out to Ye and talked about their kids. Basically, he says he doesn’t wanna get in the middle of that at all.

Ye’s response … “NO YOU WILL NEVER MEET MY CHILDREN.” 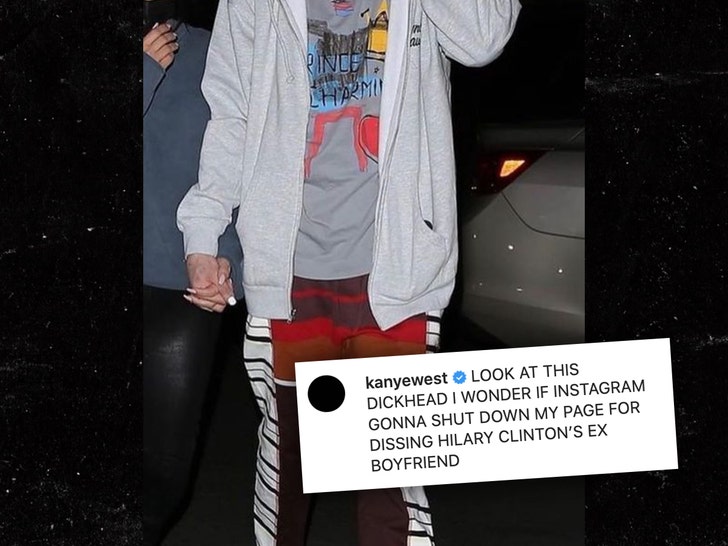 Kanye West is on a tear again against Kim Kardashian‘s boyfriend, and this one seems downright hostile.

Kanye just posted a partial pic of a guy who’s pretty clearly Pete Davidson, with the caption, “LOOK AT THIS D**KHEAD I WONDER IF INSTAGRAM GONNA SHUT DOWN MY PAGE FOR DISSING HILARY CLINTON’S EX BOYFRIEND.”

As for the Hillary reference … Pete has a prominent tattoo of Hillary on his arm.

Kanye has gone back and forth over his feelings toward Kim, the marriage and Pete. Just hours before his most recent posts, he deleted most of his feed again, saving just one — pleading with God, “PLEASE BRING OUR FAMILY BACK TOGETHER”

As you know, Ye has also suggested in one of his songs that he wanted to kick Pete’s ass … and then again on a new single “City of Gods,” with Fivio Foreign and Alicia Keys. 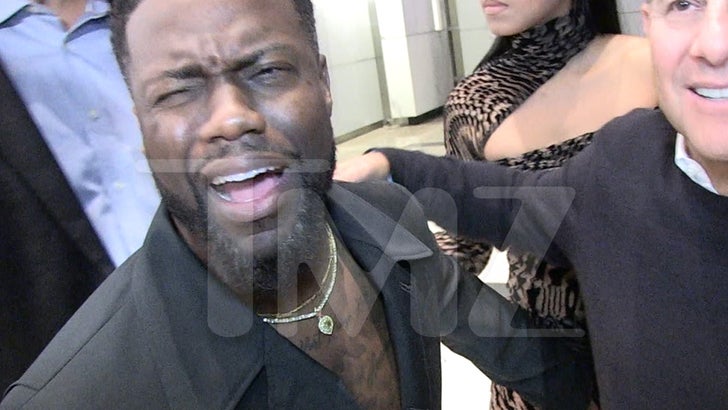 This makes the Kevin Hart clip we got all the more interesting … Kev thinks there’s no beef to squash between Kanye and Pete. Really?

Kanye wasn’t done, posting this about Kid Cudi — “I WOULD HAVE NEVER ASKED FOR THE LOYALTY IF IT WAS NEVER OFFERED AND I FOUND A COOL PICTURE CAUSE I LOVE CUDI AND ALWAYS WILL BUT DONDA2 IS ABOUT RUNNING BACK IN THAT BURNING HOUSE I RESPECT NOT EVERYONE GONNA BE READY FOR THE SMOKE”

Kanye clearly has beef in this dept. as well, posting earlier … “Just so everyone knows Cudi will not be on Donda because he’s friends with you know who.”

Love & Hip Hop’s Kirk Frost Turns 50 … Has The 1980s Theme’d PARTY OF THE YEAR!! (We Were There)
Tiffany Haddish Confirms She Will Do ‘Girls Trip 2,’ Not Concerned About Backlash
Rep. Jamaal Bowman Says Tribalism In Politics Is Preventing Police Reform
Latto’s Used Panties Removed From eBay for Violating Health & Hygiene Guidelines
Tyre Nichols May Get Skate Park Named After Him In Memphis, Sacramento