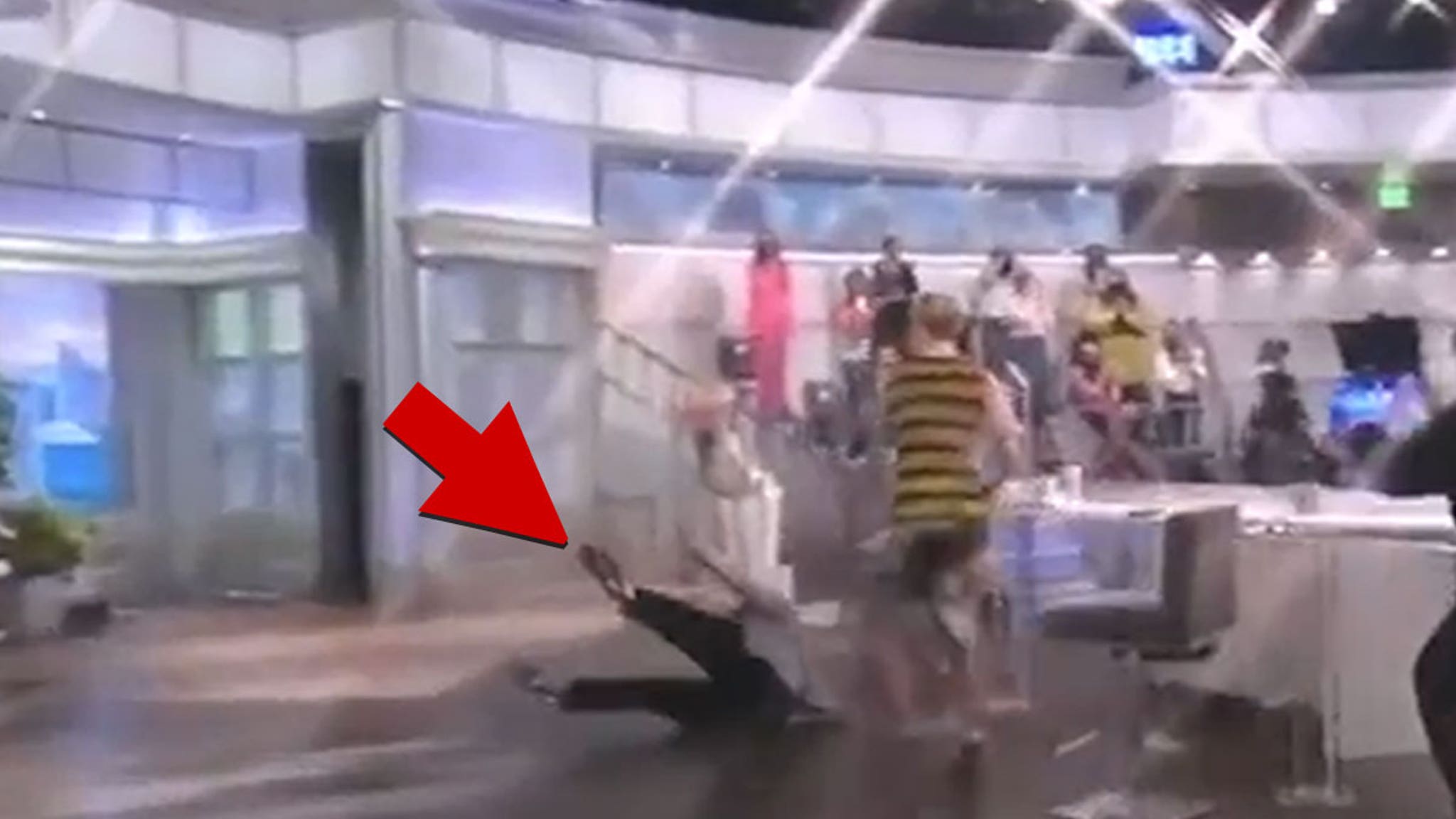 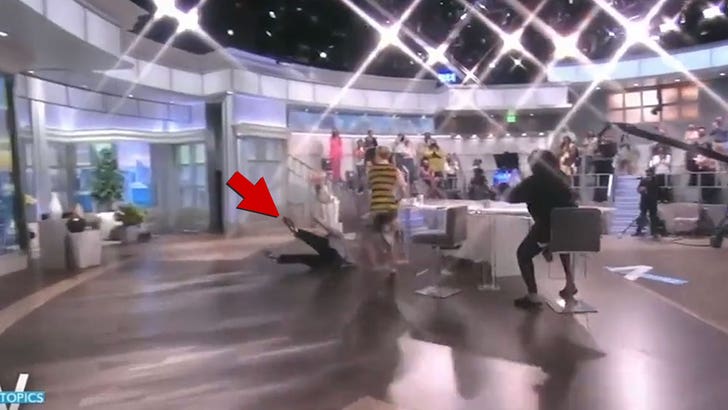 Joy Behar co-hosts a show that gets rough and tumble, and Thursday the tumble part took center stage, as she performed a spectacular face plant as the show began.

Joy’s view from “The View” was hardwood after she tried to take a seat but seriously misjudged where she was plopping down.

Whoopi and a P.A. helped the 79-year-old co-host back up on her feet, and Joy laughed it off. Nevertheless, it was a nasty fall and she could have hurt herself some and tried to power through the show. 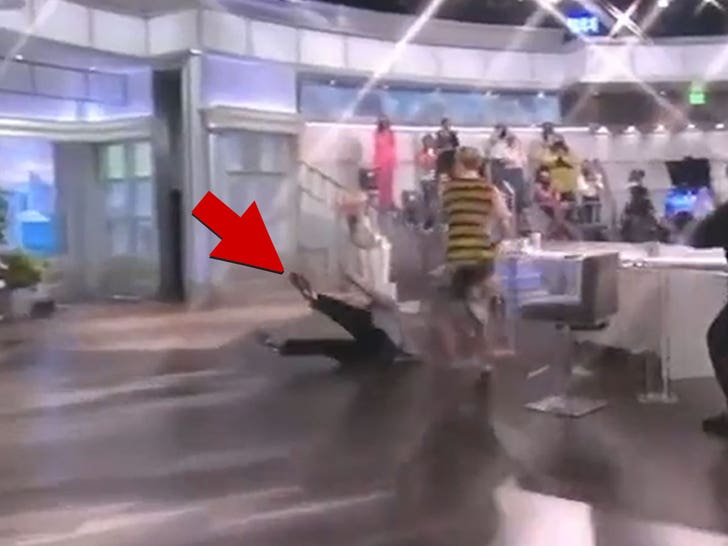 Joy actually didn’t miss a beat, getting back on her feet and then threatening legal action … joking of course … we think 👀.

In case you’re wondering, when someone slips and falls on someone else’s property, the property owner is not automatically on the hook … only if there’s some sort of negligence, and it seems this one’s all on Joy.

Later in the show, Joy used her fall to take a more serious turn … urging folks not to take these sorta incidents lightly … mentioning Bob Saget, who died after falling in his hotel room. She said, “If you hit your head, and you feel dizzy or you have blurred vision, or you feel like you want to go to sleep, go to the doctor. Because that will kill you.”

Usain Bolt GAINED WEIGHT … Looks Stressed Out … Since Losing ALL HIS MONEY From Scammers!
Kanye CAUGHT SMOKING A CIGARETTE IN RANDOM NEIGHBORHOOD
SMH: Ex-Recruiter Exposes Memphis Police Department Significantly Lowered Qualification Standards Prior To Tyre Nichols Murder
3 MISSING Detroit Rappers Found DEAD … Bodies Were Stashed In A BANDO … Possible Serial Killer!
BIG LATTO Tells All: MARRIED Rapper 21 Savage PAYS ALL MY BILLS … I Get To Save All My Money!