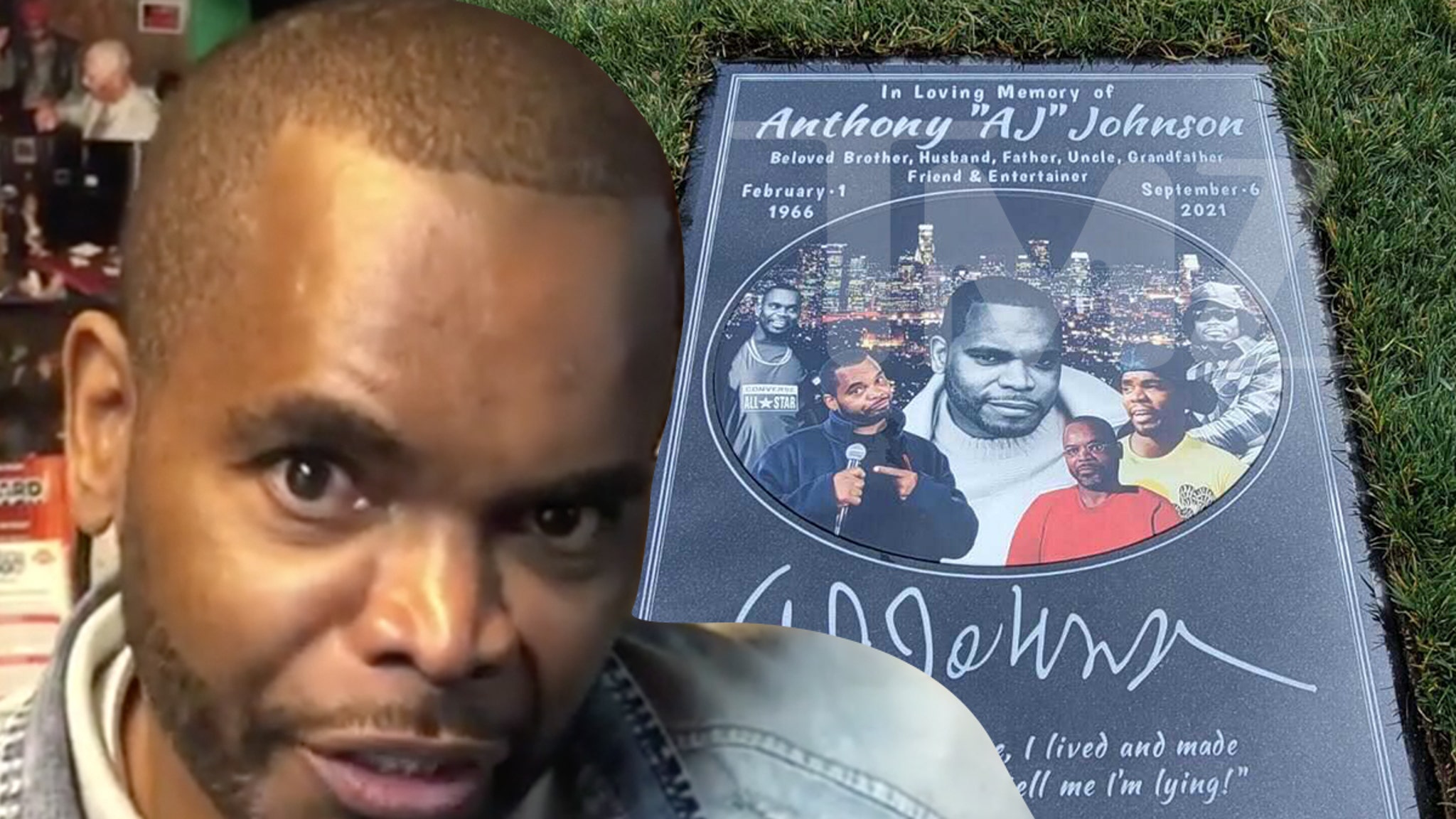 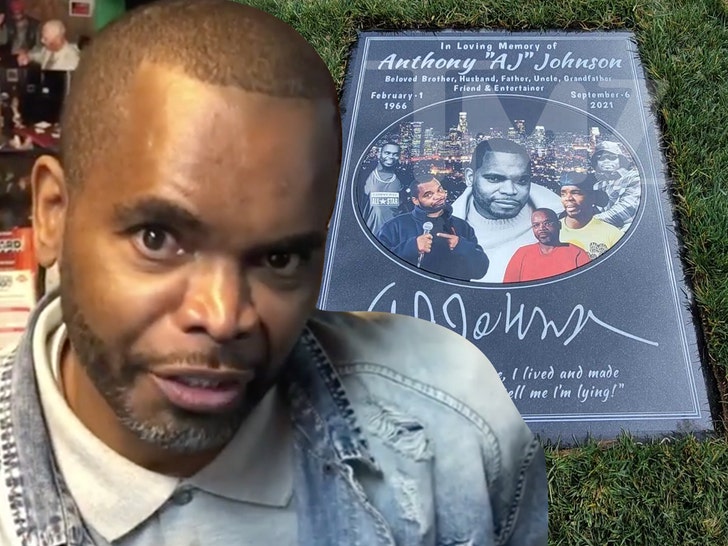 “Friday” star Anthony Johnson is getting a fancy tombstone on his grave … designed by the guy who honored Eazy-E and Nate Dogg with awesome grave markers.

Cemetery Tim, the man behind the cool celeb gravestones, tells TMZ …  he got in touch with Anthony’s family after the actor/comedian died back in September. The goal was to create and install the headstone for what would have been Anthony’s 56th birthday. 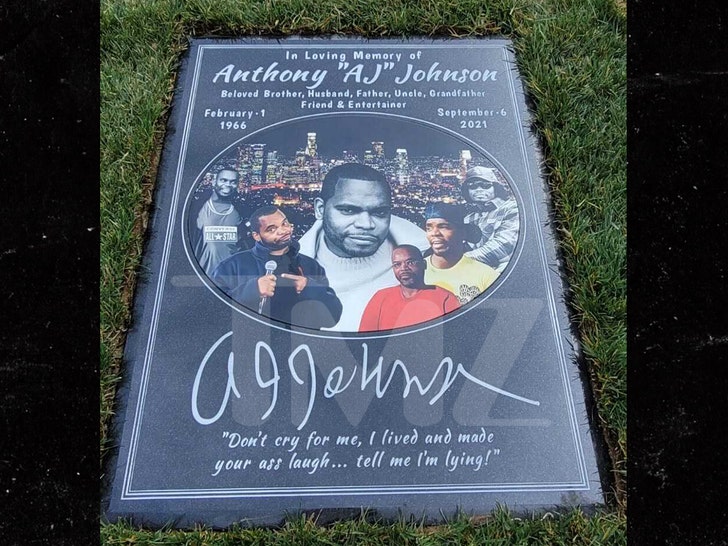 The gravestone chronicles Anthony’s career with images … showing him as Ezal on “Friday,” and another image of Anthony as E.Z.E. in “House Party.” The inscription reads, “Don’t cry for me, I lived and made your ass laugh … tell me I’m lying!” 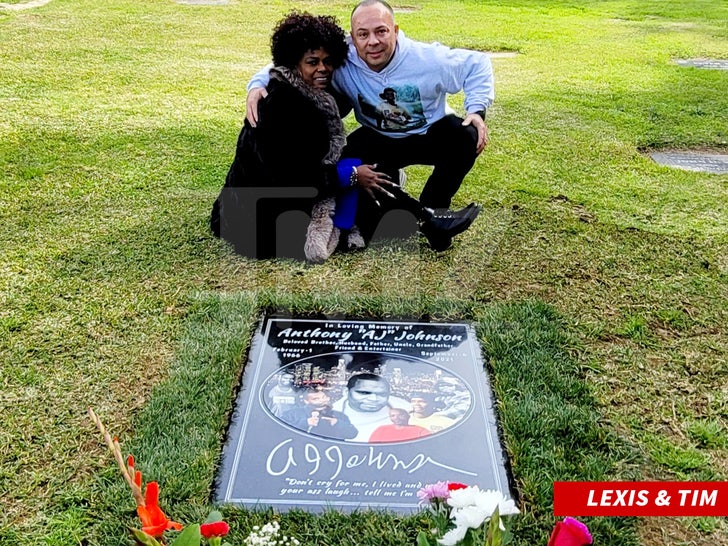 TMZ broke the story … Anthony was found lifeless in an L.A. store and his family was scrambling to pay for his funeral before a bunch of celebs picked up the tab.

Cemetery Tim says all of his work on Anthony’s gravestone was done free of charge.