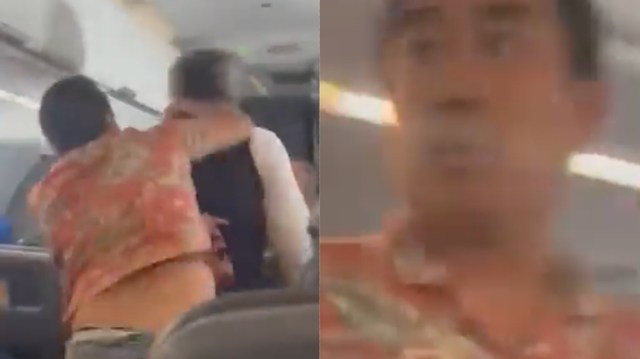 The stunning video reveals the mid-air attack, where a guest punched an American Airlines (AA) flight attendant in the back of the head. According To ABC News: “The occurrence occurred on American Airlines Flight 377, which was predestined to land at Los Angeles International Airport after removing from Cabo San Lucas.”

Fortunately, Eyewitness News reports that a guest they talked to stated: “The flight attendant didn’t seem seriously hurt and nobody else on the flight was injured. The witness included that the suspect was limited by other travelers and his hands were zip connected.”

According to ABC News, the rowdy traveler was detained when the airplane landed at LAX by police. American Airlines launched a declaration stating: “The private associated with this occurrence will never ever be permitted to take a trip with us in the future, and we will work carefully with police in their examination.”
Posted by CZ