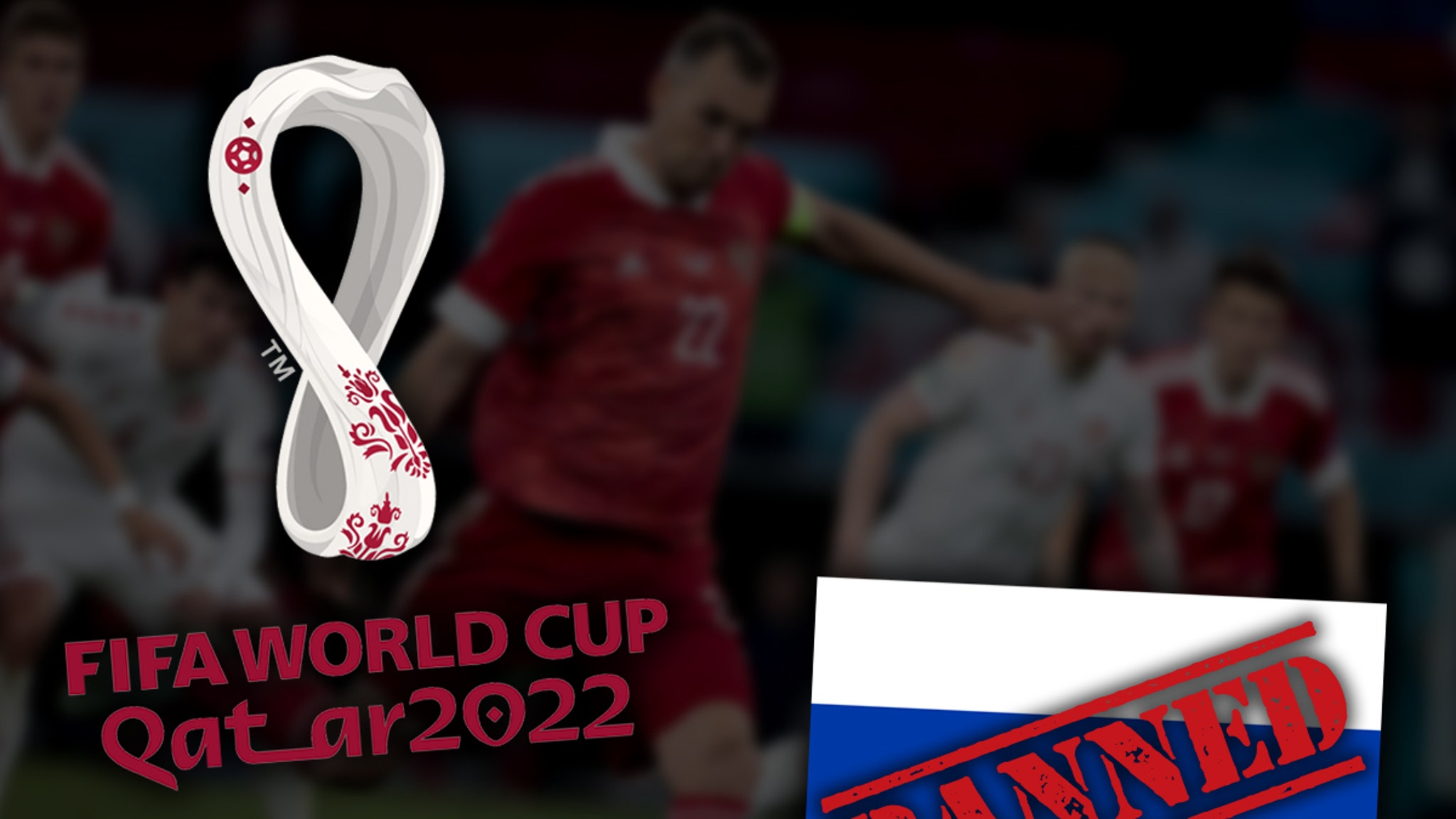 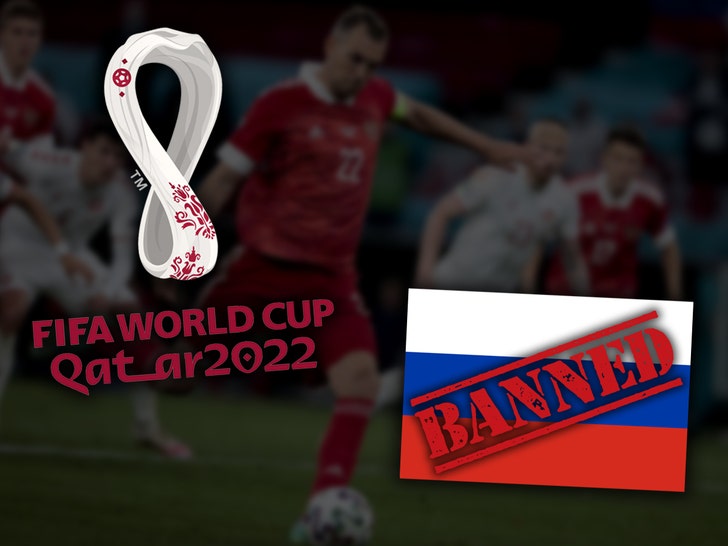 The World Cup field isn’t set yet, but we now know of one superpower who won’t be playing in the world’s biggest sporting event, ’cause FIFA has banned Russia from participating after the country invaded Ukraine, killing soldiers and innocent people alike.

FIFA (International Federation of Association Football) — the group that oversees the World Cup — announced a decision Monday barring the country from playing in the WC, ending Russian soccer fans’ hopes of cheering on their team when the tourney kicks off in Qatar in November.

“FIFA and UEFA have today decided together that all Russian teams, whether national representative teams or club teams, shall be suspended from participation in both FIFA and UEFA competitions until further notice,” the statement read, in part.

The governing bodies ended with an optimistic hope for the future.

“Football is fully united here and in full solidarity with all the people affected in Ukraine. Both Presidents hope that the situation in Ukraine will improve significantly and rapidly so that football can again be a vector for unity and peace amongst people.” 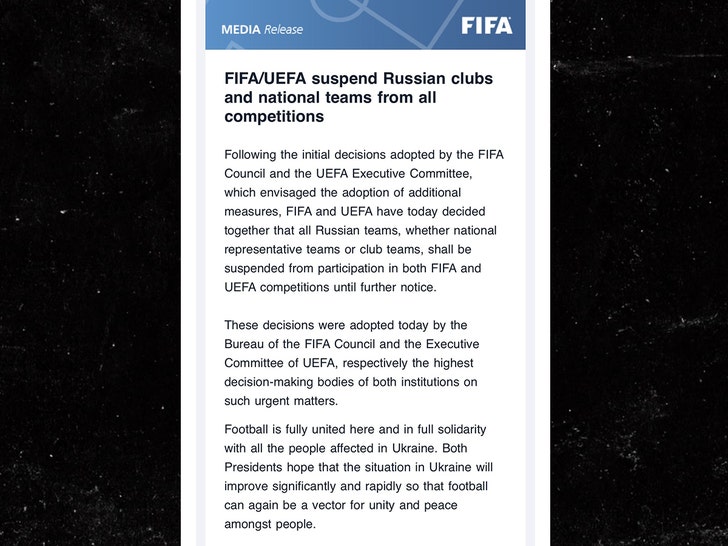 32 teams ultimately qualify (31 countries plus the host nation) for the World Cup … and Russia was not yet one of them. The Russian team was scheduled to compete in Europe in a few weeks, where they were going to vie for one of the last remaining openings.

But, due to Vladimir Putin‘s aggression — ruthlessly attacking Ukraine from land, air, sea and Cyber — FIFA stepped up and kicked them out … for 2022, at least.

FIFA was initially criticized for failing to take a strong stance against Putin and the Russians. Over the weekend, they announced Russia could compete, but they wouldn’t allow the Russian flag or anthem to be played.

It seems officials heard the anger from many soccer fans across the country … thus the strong stance against Russia.