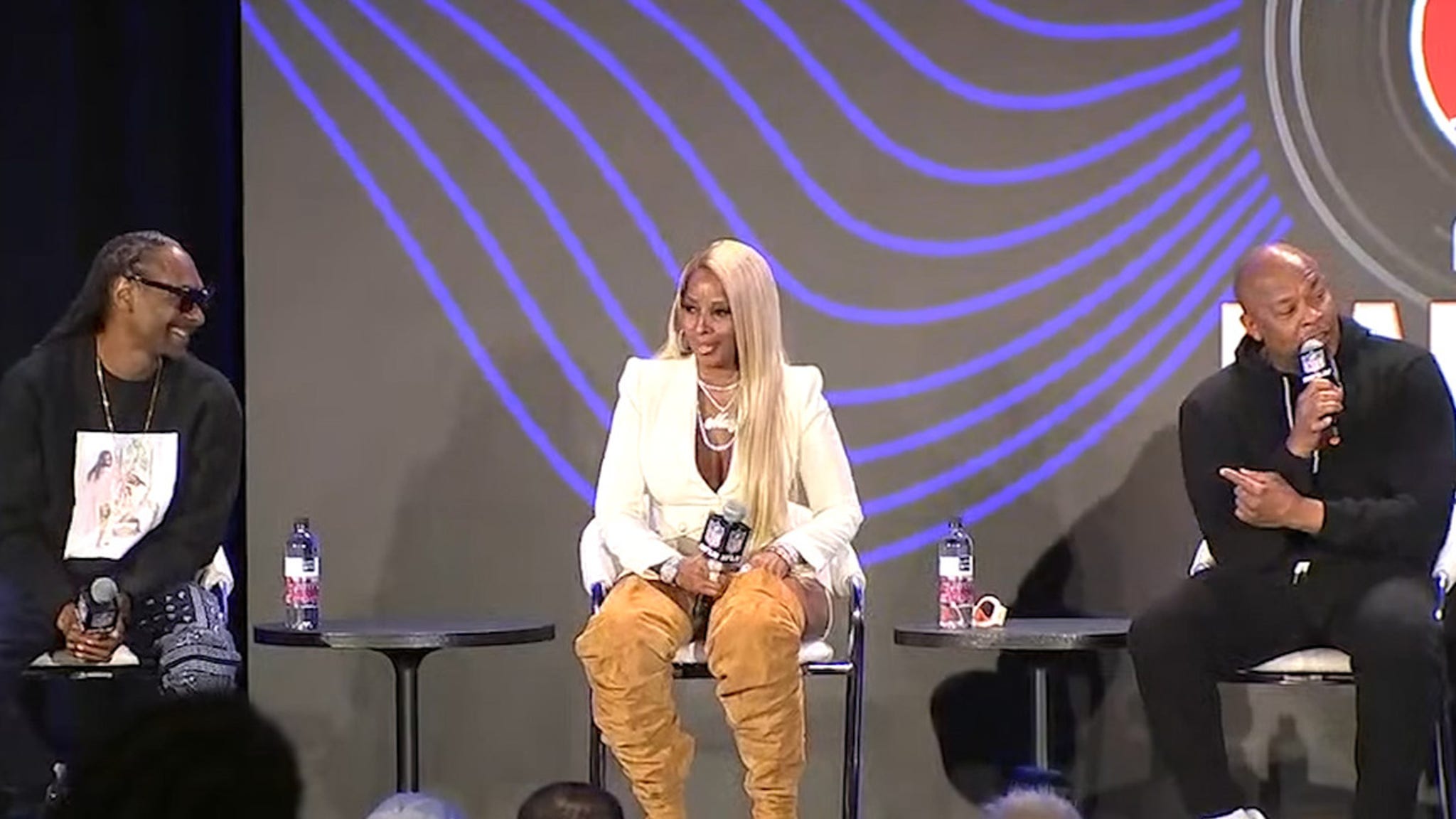 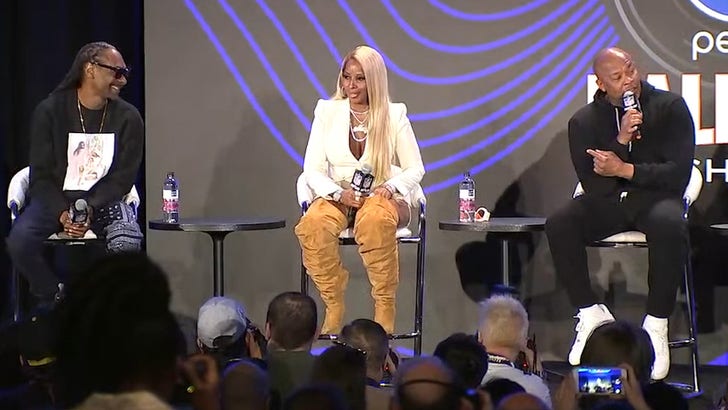 Everyone can breathe a sigh of relief knowing the Super Bowl halftime show will be penis-free … ’cause Dr. Dre says he convinced Eminem and Snoop Dogg to NOT whip out their junk during the performance.

The legendary rapper made the revelation while speaking at a press conference on Thursday … and it’s safe to say you can cross “dong exposure” off your list of prop bets for the show.

Dre says there WILL be a few surprises … but no sort of wardrobe malfunctions will be happening on his watch.

“I had to talk Snoop and Eminem out of pulling their penises out,” Dre said. “It’s just actually Eminem.”

Snoop — who will be performing alongside Em, Dre, Kendrick Lamar and Mary J. Blige — says he might still show a lil’ somethin’ somethin’ … but calm down, he’s only talking about taking his shirt off.

Of course, SB halftime shows have had their history of racy moments … from Janet Jackson‘s wardrobe mishap in 2004 to J Lo and Shakira‘s dancing routine that ramped up 1,300 FCC complaints in 2020.

Shoutout to Dre for clearing the air and letting everyone know it’ll be a family-friendly affair.

Kanye West Suspect in Battery Investigation After Grabbing and Tossing Photog’s Phone
“God Is Definitely On My Side” Brittish Williams On Her Upcoming Court Date For Alleged Fraud! 👨🏾‍⚖️
Falynn Pina On Refusing To Let Housewives Show Interfere With Her & Jaylan Banks Relationship! 🤫
Conor McGregor Struck By Car While Biking, ‘I Could Have Been Dead’
NBA YoungBoy Converting to Mormonism, Remorseful For Making Violent Music