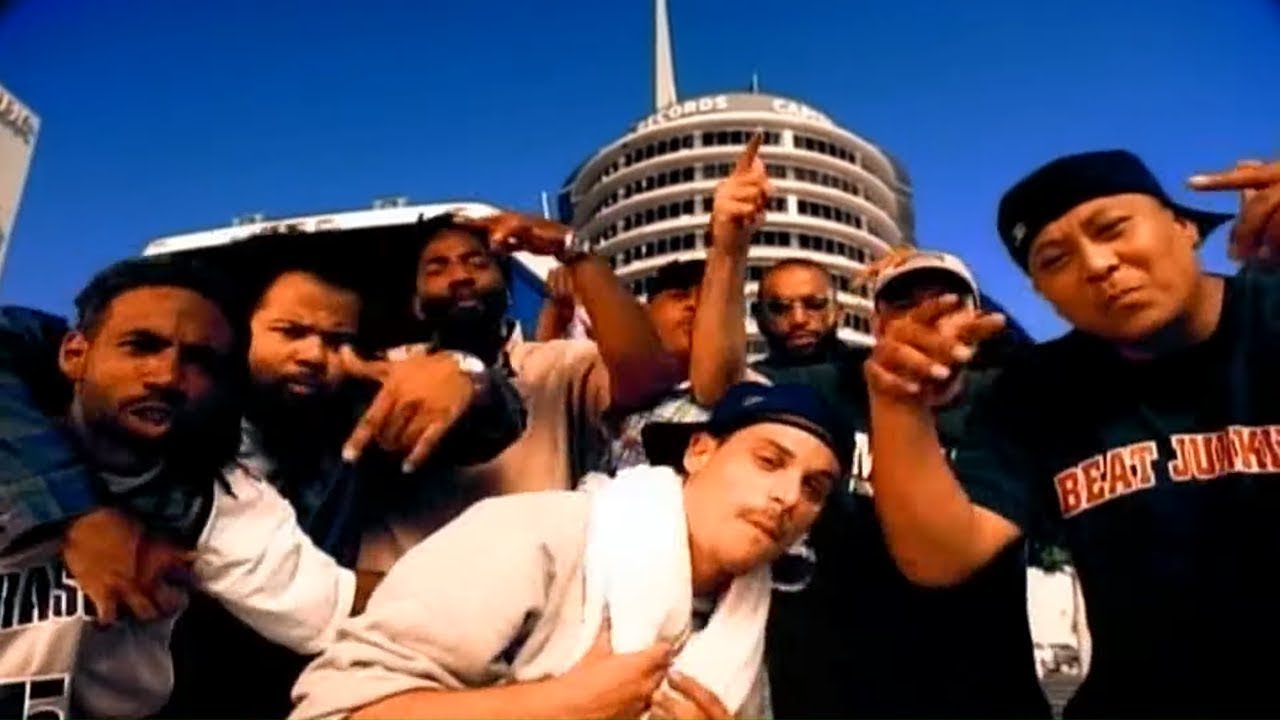 Dilated Peoples is an American hip hop group from Los Angeles, California. They achieved notability in the underground hip hop community, although they have had little mainstream success in the US, with the exception of the song “This Way”, a 2004 collaboration with Kanye West, Xzibit, Chali 2na and John Legend appearing in the music video. They reached the Top 40 of the UK Singles Chart with two tracks, “This Way” and “Worst Comes to Worst.” Their members include DJ Babu (producer/DJ), Evidence (MC/producer) and Rakaa (MC). The group also received a publicity spike after their songs were featured in the 2003 video games Need for Speed: Underground and NBA Street Vol. 2.

Its members, DJ Babu from the DJ crew Beat Junkies; Evidence; and Rakaa joined together in 1992 and released “Third Degree” (1997) and “Work the Angles” (1998) on ABB Records, developing a solid fan base in the underground hip hop community. They had previously recorded an album titled Imagery, Battle Hymns & Political Poetry (1995) that was never released, although many fans still have it on bootlegged tapes. The group eventually signed with Capitol Records and released The Platform (2000) to more critical acclaim.

The second album, Expansion Team, was released in 2001 led by The Alchemist-produced “Worst Comes to Worst,” which utilized a vocal sample from Mobb Deep’s “Survival of the Fittest” and a musical sample from William Bell’s “I Forgot to be Your Lover”. Expansion Team debuted at #8 on the US Billboard R&B Albums chart and #36 on the Billboard 200. The group’s third album, Neighborhood Watch, was released in 2004 and debuted at #55 on the Billboard 200, selling 143,000 copies in the United States. In addition to the Kanye West produced single, “This Way,” it featured the singles “Who’s Who?” and “Sorry? OK”, which were also included as tracks on the Need for Speed: Underground and SSX 3 soundtracks, and peaked at #35 on the UK Singles Chart. The fourth album, 20/20, was released in 2006; the debut single, “Back Again”, was featured on the Fight Night Round 3 soundtrack. This is the third EA Games soundtrack on which the group has been featured. “Back Again” is also featured on Sony’s MLB 06: The Show. In 2012, they collaborated with PlatinumGames to record the track “This is Madness” for the credits of the beat-’em-up video game, Anarchy Reigns. 20/20 was the group’s “farewell” album on Capitol Records, ending a four album recording contract. They also work with the underground hip hop group, Global Warning, who originated in Anaheim.

Dilated Peoples are affiliated with fellow West Coast hip hop group tha Alkaholiks. The Liks appeared on The Platform on the track “Right On” and Expansion Team on “Heavy Rotation.” The group also collaborated frequently with west coast emcees Defari and Amad Jamal (an Urban Umpires member) and helped to launch their careers. Defari made one appearance on each Dilated Peoples’ album: “Ear Drums Pop (Remix)” on The Platform; “Defari Interlude” on Expansion Team; “Closed Session” on Neighborhood Watch; and “Olde English” on 20/20. Dilated Peoples also made multiple appearances on Defari’s album Odds & Evens. Another Dilated associate is their long-time producer, the Alchemist, who produced five songs on The Platform, three songs on Expansion Team, four songs on Neighborhood Watch, and two songs on 20/20. Dilated Peoples were featured on a song on the Alchemists’ 1st Infantry album. Rakaa has also made guest appearances on the songs “Trance Fat” on Looptroop’s album, Good Things, “Zet ‘t Blauw” from Dutch rapper Jerome XL’s album, De laatste dag and “Memory Fades” on St. Cule’s album, American Beef.