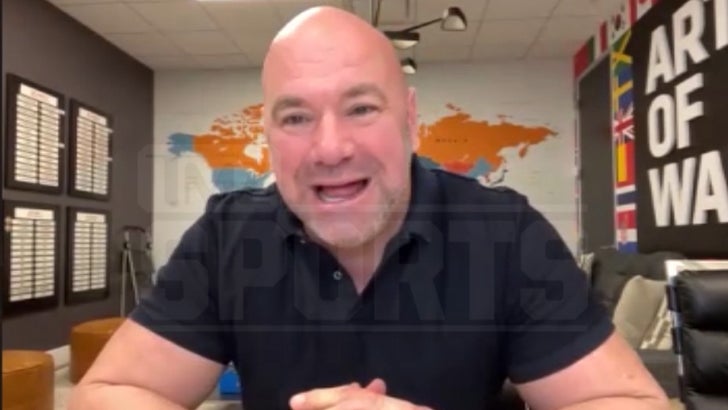 We talked to the UFC honcho before 35-year-old Ngannou faces interim heavyweight champ Ciryl Gane at UFC 270 on Saturday … a fight which The Predator says could be his last with the fight promotion.

We asked Dana where his organization stood with respect to Francis’ future.

“I’ve been in contract drama for 20 years with people. It’s part of the business. I honestly don’t know where we’ll end up after Saturday,” White says, adding, “We’ll see how the fight goes, we’ll see what happens and I’m sure we’ll figure it out one way or another.” 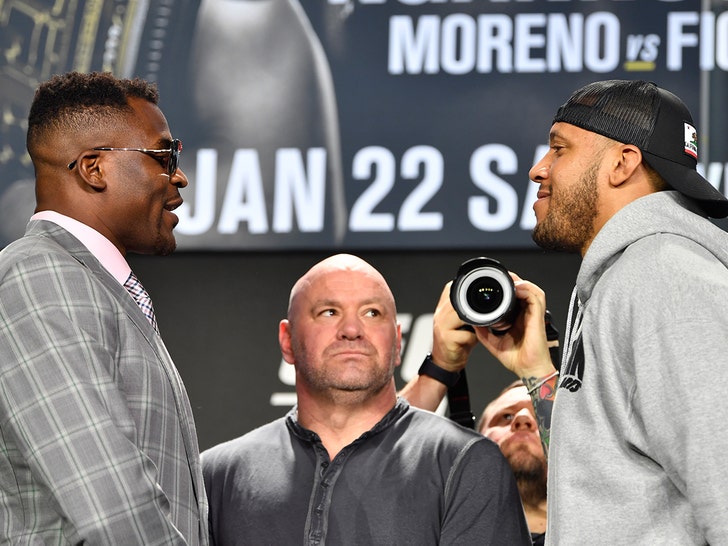 And, White says personally, everything is cool with him and his champion fighter.

“Francis and I have had our moments over the last several years. I bumped into him at dinner a few weeks ago and we had a good conversation. It was funny because we needed to talk. We needed to see each other and the universe made it happen.”

“We’ll see how these things play out. I don’t blame Francis as much as I blame the not so very smart people that surround him.”

Dana is (likely) referring to Ngannou’s rep, Marquel Martin … whom he’s feuded with in the past.

As for the actual fight … Dana tells us they’re going to smash the previous gate record (money spent on tickets) at the Honda Center in SoCal.

“We held the record down in Anaheim for the biggest gate. 3.5, this ones 5 million. So, yeah. It’s sold out. This place is gonna be rockin’! We haven’t been to California in a while. It’s gonna be fun.”