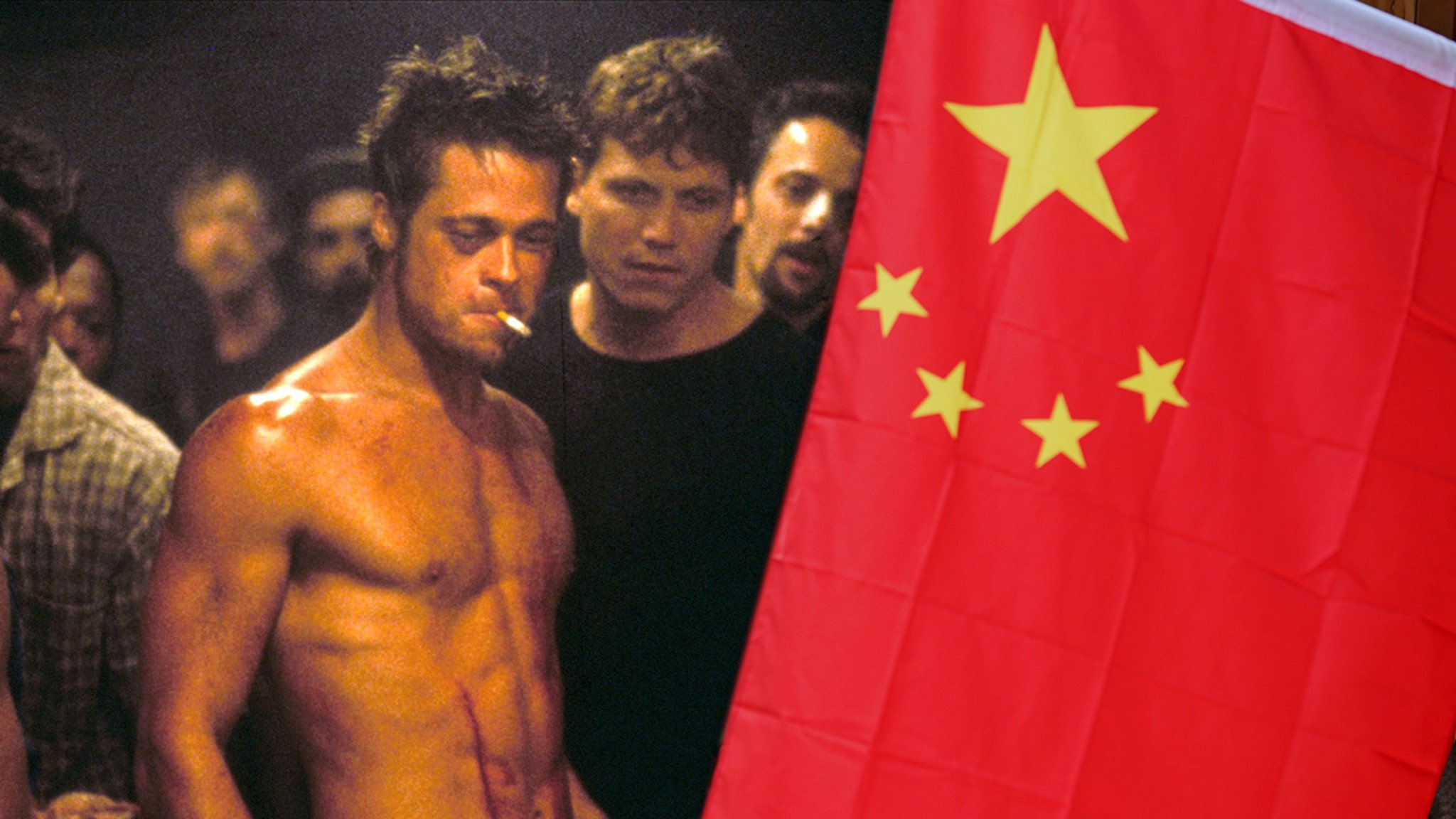 For viewers in China, there’s a brand new ending to Brad Pitt‘s classic film “Fight Club” — and shocker … their version strikes a blow for the authorities, who come out on top.

We’d say spoiler alert, but the flick is nearly 23 years old … and fans know the original ending is total chaos with bombs going off, buildings being destroyed and the narrator killing his imaginary alter-ego. But, viewers in China won’t be exposed to any of that.

Instead, a message pops up that says, “through the clue provided by [alter ego] Tyler, the police rapidly figured out the whole plan and arrested all criminals, successfully preventing the bomb from exploding.”

And here’s a spoiler alert for China — Tyler gets sent to a “lunatic asylum.”

Have You Seen This Sh*t?
This is SUPER wonderful! Everyone gets a happy ending in China!

China’s ending is much more peaceful… and lotsa folks aren’t happy about their happy ending. Like many other social media users, Chuck Palahniuk — who wrote the 1996 novel that became the movie — sarcastically voiced his disapproval.

Even U.S. Senator Ted Cruz had something to say about the Chinese government’s decision. That said, it’s pretty normal for Chinese censors to make edits to American movies, but not so normal for them to so dramatically change climaxes.