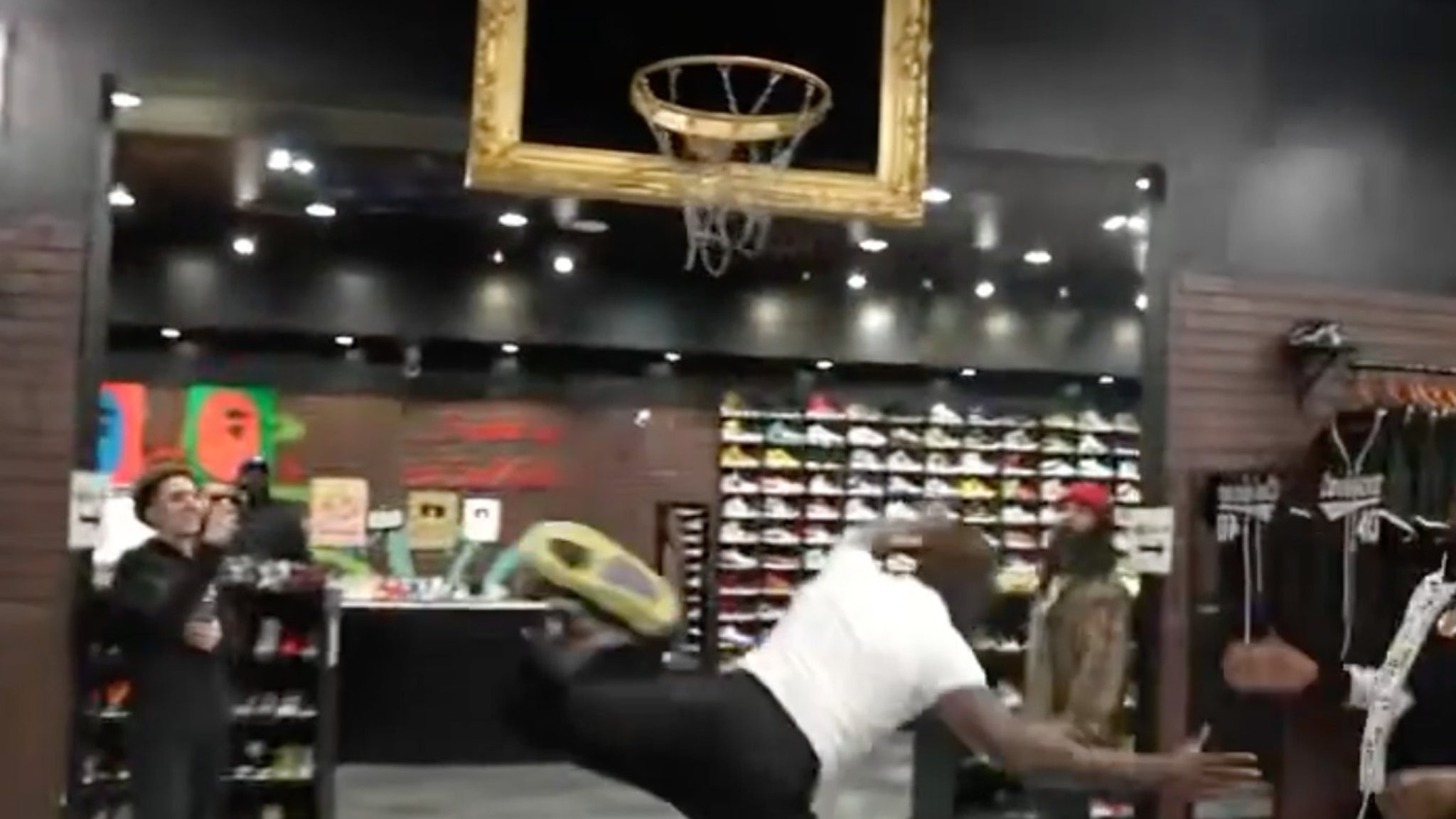 Bobby Shmurda will be stickin’ to music because basketball ain’t it … the Brooklyn rapper botched an easy alley-oop dunk — and it was hilarious!

The epic fail was caught on video … the 27-year-old went to the famed CoolKicks store in Los Angeles for a sneaker shopping sesh on Wednesday.

There’s a basketball hoop in the store … so when Bobby arrived, store owner Adeel Shams — aka Champagnepaki — placed a $1,500 store credit wager on whether Shmurda could beat him one-on-one.

Bobby won that bet … but Shams wasn’t done with him. Next bet … $1K to BS if he could throw down an alley-oop.

“If he do an alley-oop, I’ll give another band on top and I know he not doing that,” Shams said.

And, Bobby wasn’t playing around. He tucked his chain and took off his hoodie … for maximum jumping ability. But, midway through his jump, Bobby lost the ball, before crashing to the ground.