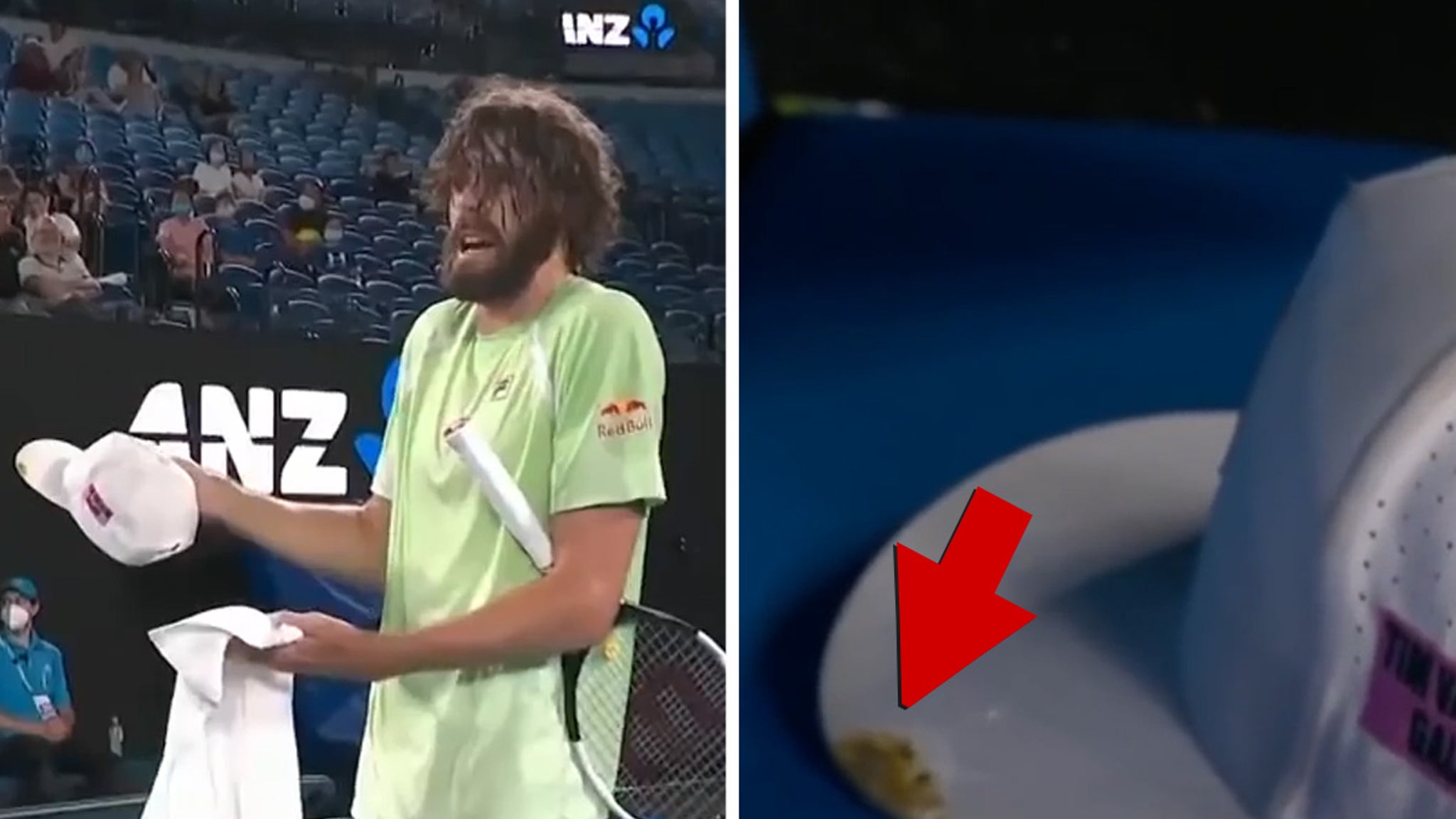 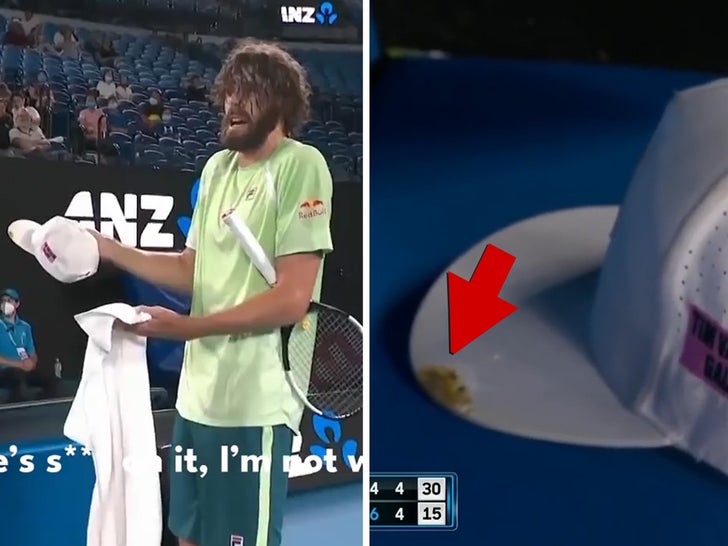 A bird brought new meaning to “deuce” at a tennis competition in Australia this week … by crapping all over Reilly Opelka during a match!!!

It all went down at the Melbourne Summer Set … when a bird decided to do its business right on the (ironically enough) #2 seed’s hat during the second set against Maxime Cressy.

Opelka — the #26 player in the world — was immediately ticked off by becoming a human toilet … walking over to the chair umpire in hopes of switching out his hat.

What unfolded over the next few minutes was nothing short of a movie — Opelka tried wearing a different hat, but was told the logo on it was too big.

Next, the judge suggested wearing his coach’s hat — but Opelka refused to wear a different brand.

Even a ball boy tried to come to the rescue — offering his Australian Open lid to the player, but it wouldn’t fit his head.

Eventually, a match official brought out a tournament-approved hat for him to wear and asked if he wanted it swapped with a different hat in his locker room … which Opelka accepted.

Now usually, some say a bird crapping on you is believed to be good luck … but that wasn’t the case for Opelka on Wednesday — he ended up losing the match.