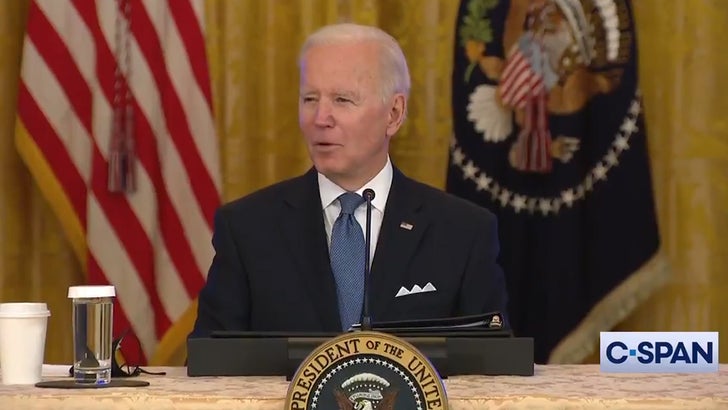 President Biden insulted a reporter with some foul language over what he thought was a ridiculous inquiry … and it got picked up on a hot mic!

JB brought the press in to the White House Monday for a photo-op following a roundtable chat with his cabinet on how to quickly lower costs in the U.S. — this as prices continue to soar nationwide. As chirping journos were being ushered out … FOX News’ White House Correspondent Peter Doocy fired away.

He asked Biden if he thought inflation could be a political liability for the midterms, and Joe actually responded — albeit, under his breath. It seems he thought the mic was turned off.

Not the case … because his microphone was on, and you hear sarcastically say, “That’s a great asset — more inflation. What a stupid son of a bitch.”

Doocy says he didn’t hear it and was told by other reporters about the comment. 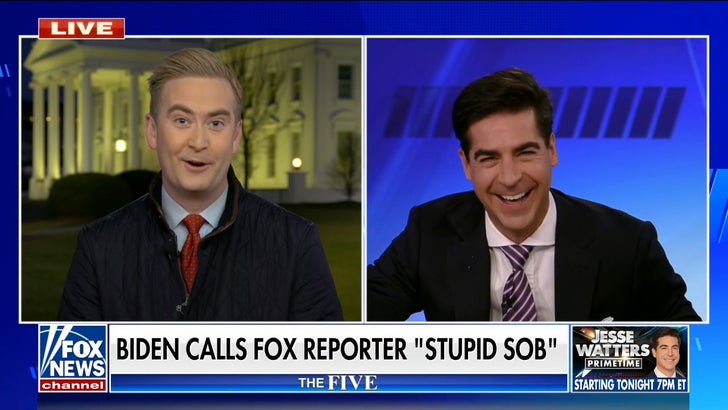 Doocy was interviewed about the jab shortly following Biden’s remarks, with one FN host openly wondering … are ya, in fact, a stupid S.O.B.??? PD had a hilarious response.