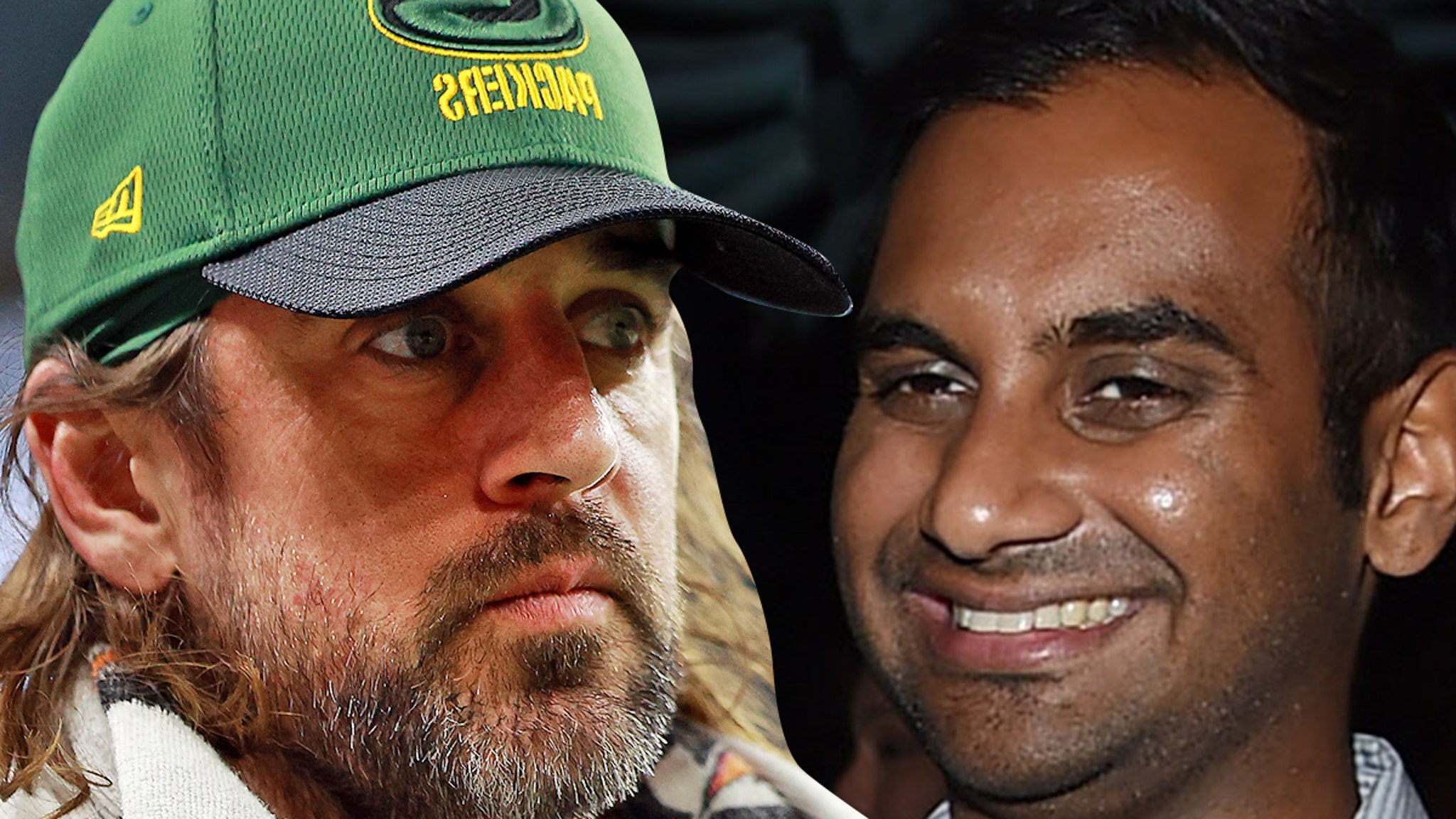 Add Aziz Ansari to the list of people going after Aaron Rodgers — the “Parks and Rec” star just roasted the hell outta the QB … saying no one should be surprised about his COVID vaccine stance because he’s a football player.

“This guy makes a living getting hit in the head,” the 38-year-old said during his Netflix standup special, “Nightclub Comedian,” this week. “Can we cut him a break?”

Of course, this all stems from the Green Bay Packers star’s choice against getting the jab … as well as his decision to follow Joe Rogan‘s instruction to fight COVID-19.

Rodgers has been on the receiving end of hate by a lot of big names — from Howard Stern to Jon Stewart and even President Joe Biden — and Aziz mockingly showed sympathy for the MVP in his special.

“He’s a football player! He read some articles, he got skeptical, he did some research. Are you stunned he came to the wrong conclusion?”

He continued … “This poor guy. It’s like we’re all in high school and we’re making fun of the quarterback for doing bad on the science test.”

Aziz calls out Rodgers for trying to pull a quick one in telling reporters he’s “immunized” rather than vaccinated … saying he came off as arrogant.

“I don’t think he’s an idiot though, okay?! I don’t think him, Nicki Minaj, any of these people are idiots. I just think they’re trapped in a different algorithm than you are.”

As for Rodgers, he recently spoke out on the backlash he’s faced … saying he’s been censored for having a different opinion … and throwing shade right back at POTUS.

Why Blueface Looks Like ChriseanRock Is Holding Him Hostage
Vanilla Ice Relives Shutting Down Madonna’s Marriage Proposal
Abigail Breslin Marries Longtime Lover Ira Kunyansky
EXCLUSIVE: Robyn Confirms Juan Cheated During the Pandemic … She Married Him ANYWAY!!
“What U Got In Yo Pocket” Boosie Responds To Troll Trying To Give Him Advice! 💵