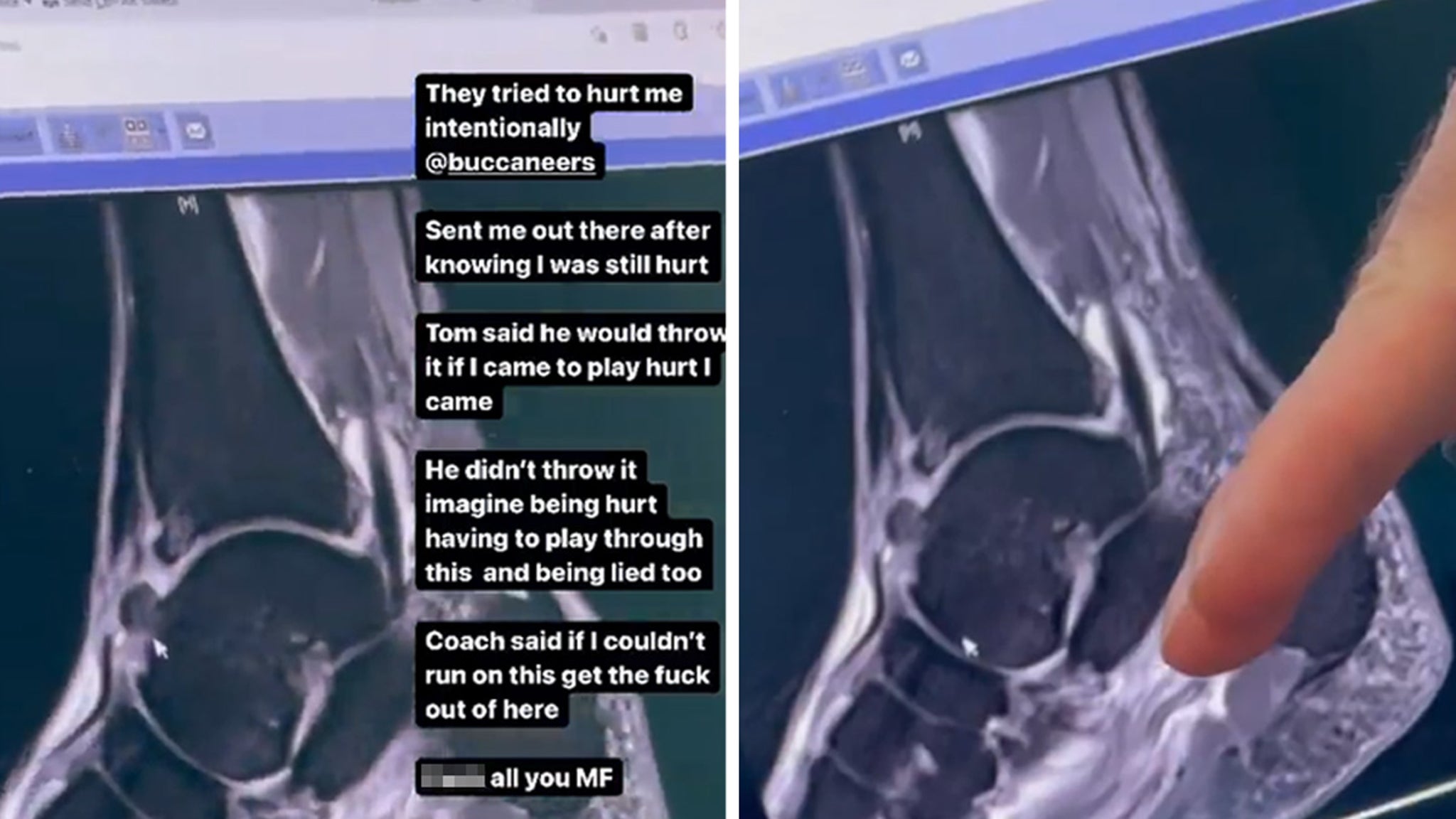 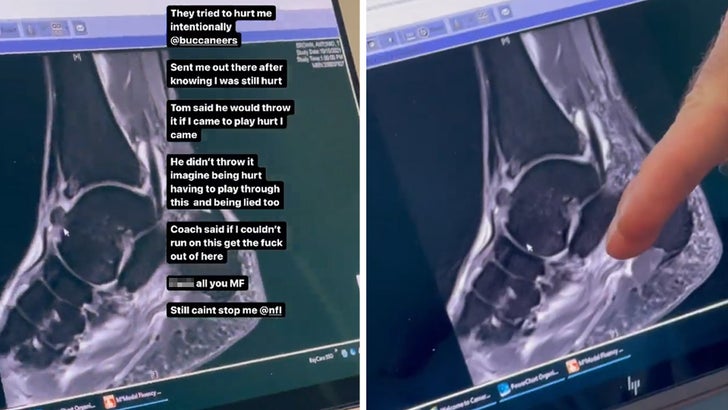 Antonio Brown just posted an MRI of his injured ankle … saying it proves his former Buccaneers team tried to “intentionally” hurt him during the infamous game against the Jets earlier this year.

Brown shared the images on his social media page … recording what appeared to be a doctor breaking down his testing results.

In the footage, a man can be heard explaining to Brown that he had a bone spur and other issues in his ankle — pointing out the ailments on a laptop screen.

AB seems to think the scan and the expert’s words helped prove Bruce Arians and Tampa Bay tried to screw him over during the Bucs vs. Jets game at MetLife Stadium … writing on the images, “They tried to hurt me intentionally @buccaneers.” 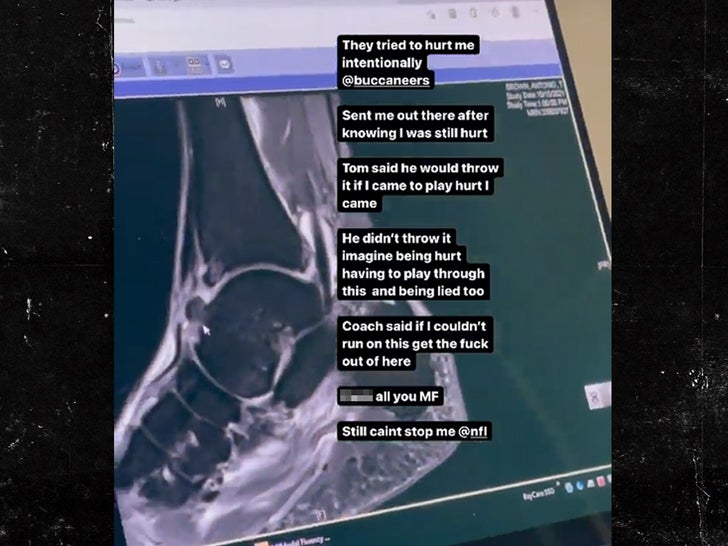 “Sent me out there after knowing I was still hurt.”

Brown then claimed Tom Brady was in on it all — saying his former quarterback convinced him to play on the injured leg by promising him targets.

“He didn’t throw it,” Brown said. “Imagine being hurt having to play through this and being lied too.”

As we reported, Brown famously threw a temper tantrum on the sideline during the Bucs’ win over the Jets in New York — saying Arians the Bucs tried to force him to play despite his injury.

Brown was eventually was booted off the team over it all … but he and his attorney have since said they’re considering suing the Bucs. Arians and the Bucs have denied any wrongdoing.

Brown, meanwhile, appears to still be trying to play in the NFL next season — ’cause he wrote on his social media post, “Still can’t stop me @nfl.”