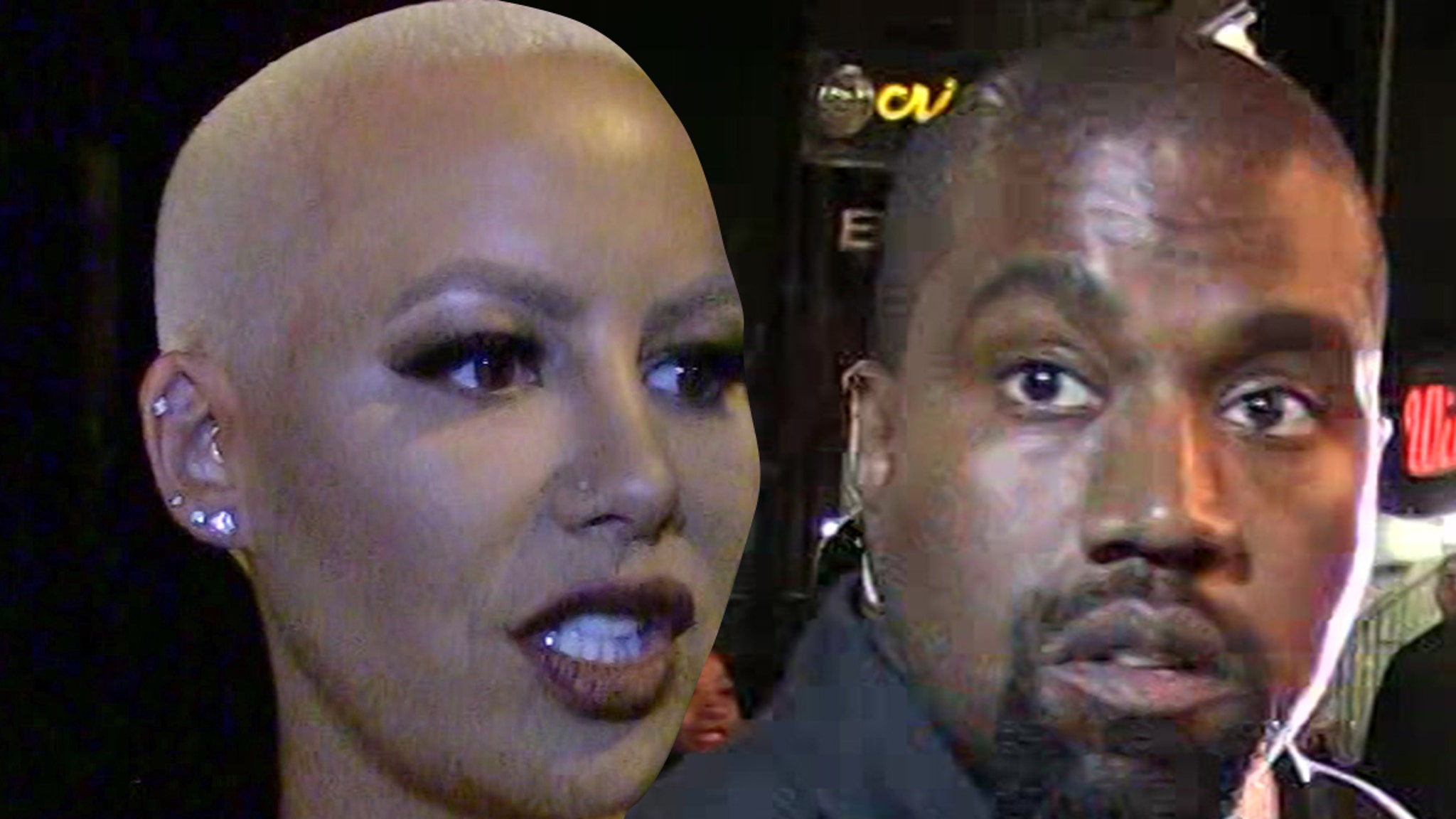 Kanye West‘s Kardashian drama has folks eyeing something Amber Rose said years ago … but she’s here to speak for herself on the issue, instead of letting the past do the talking.

Ye’s ex took to Instagram Sunday after a 2015 tweet of hers resurfaced this weekend and went viral … one in which she wrote at the time, “@kanyewest I’ll leave that up to the Kartrashians to humiliate u when they’re done with u.” 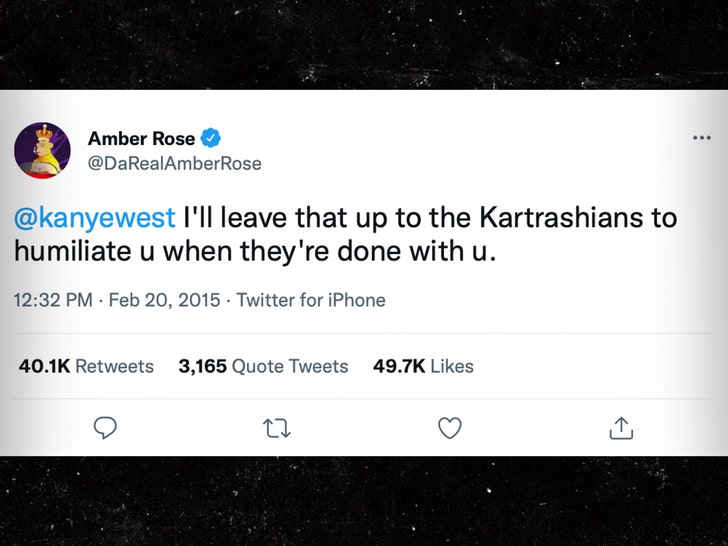 The harsh message was in response to a back and forth Kanye and her were having back then — this after he dissed her on ‘The Breakfast Club’ by saying he had to take 30 showers to rid himself of her, well aura … just to be able to move on and get with Kim.

In light of the nasty accusations flying amid Kanye and Kim’s divorce today, the Internet gleefully pulled this old thing out of the grave … and let the jokes fly, at the expense of Ye and Kardashians.

But Amber doesn’t want anything to do with that … so says the woman herself. She says while never got an apology for Kanye’s mean showers remark, AR says she’s not sulking in 2015 anymore … and even acknowledges what she said about Kim and co. was wrong.

She says a lot of good came out of those bitter times, including the creation of the Slut Walk — something she started to help women feel unashamed of their sexuality. Amber also writes, “Kim nor her sister deserved that tweet and y’all shouldn’t co-sign that either.” 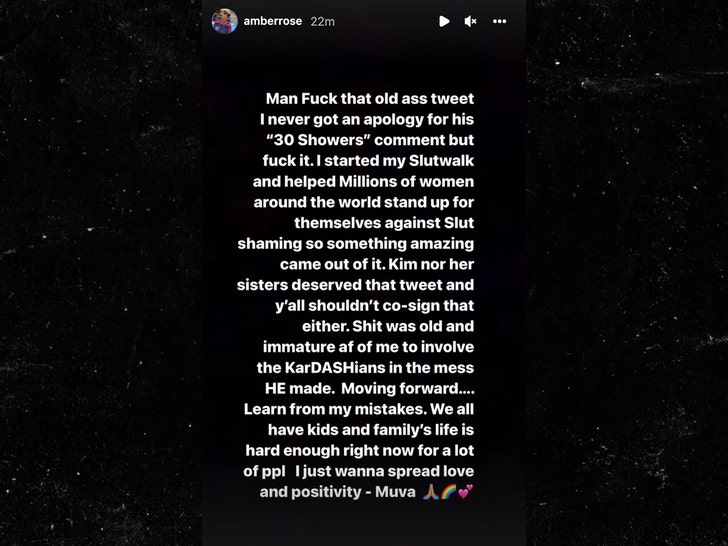 Amber goes on to say she was younger and more immature back then, while emphasizing they’re the KarDASHians, not -trashians, as she previously suggested. She finishes by saying she wants to do nothing but spread love and positivity in her life from now on … that’s all.