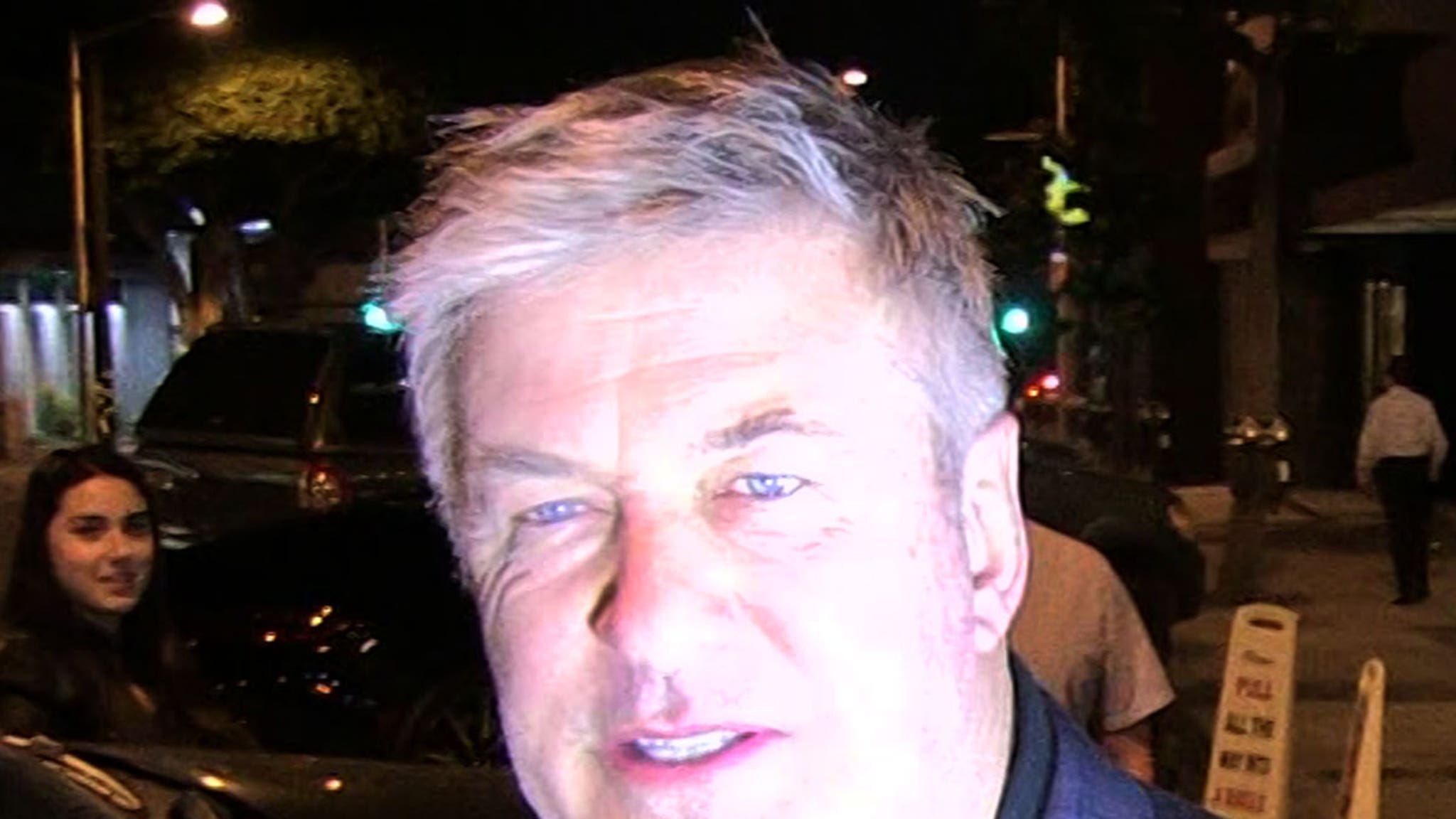 Alec Baldwin is being dragged to court by the family of a Marine killed in Afghanistan … they claim the actor falsely accused one of them of being a January 6th rioter and sicced his fans on them.

Alec is being sued by relatives of late Marine Rylee McCollum, who was one of the 13 U.S. service members killed in last August’s bombing outside the Kabul airport during the troop withdrawal from Afghanistan.

According to the lawsuit, obtained by TMZ, McCollum’s family claims Alec found out about the Marine’s death and sent his widow $5,000 via the marine’s sister … but they say the nice gesture turned into a nightmare for the family. 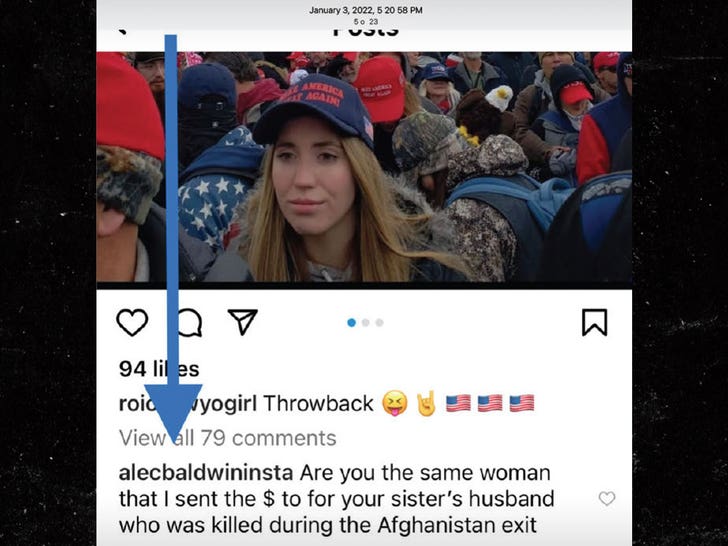 In the docs, the McCollum family claims Alec went on a social media rant … commenting on a picture the Marine’s sister posted of her at the Washington Monument on Jan. 6, before the riot at the Capitol.

According to the suit, Alec commented … “Are you the same woman that I sent the $ to for your sister’s husband who was killed during the Afghanistan exit?”

The family claims Alec then began exchanging direct messages with the Marine’s sister, accusing her of being a “January 6th rioter” and telling her to “own it.” 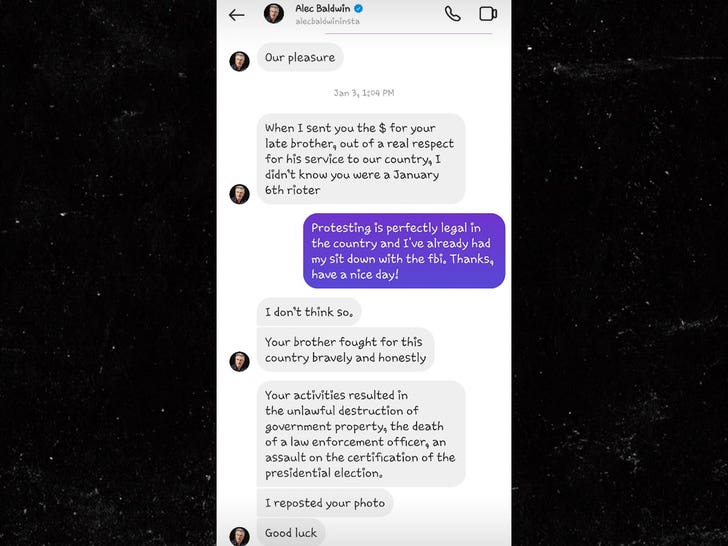 In the docs, the family says Alec even posted a photo of the Marine’s sister on his Instagram, which led to tons of his 2.4 million followers threatening and harassing the McCollum family online.

The Marine’s sister claims she did not participate in the Capitol riot, adding she didn’t even go to the Capitol … and says she’s already been interviewed by the FBI and was cleared of any wrongdoing.

According to the suit, the family claims Alec’s social media behavior was negligent and reckless and he should have known making allegations against them in front of his followers would cause the family harm.

The Marine’s sisters and widow are suing Baldwin for defamation, negligence, intentional infliction of emotional distress and more … and seeking more than $25 million in damages.

We reached out to Alec’s camp … so far, no word back.