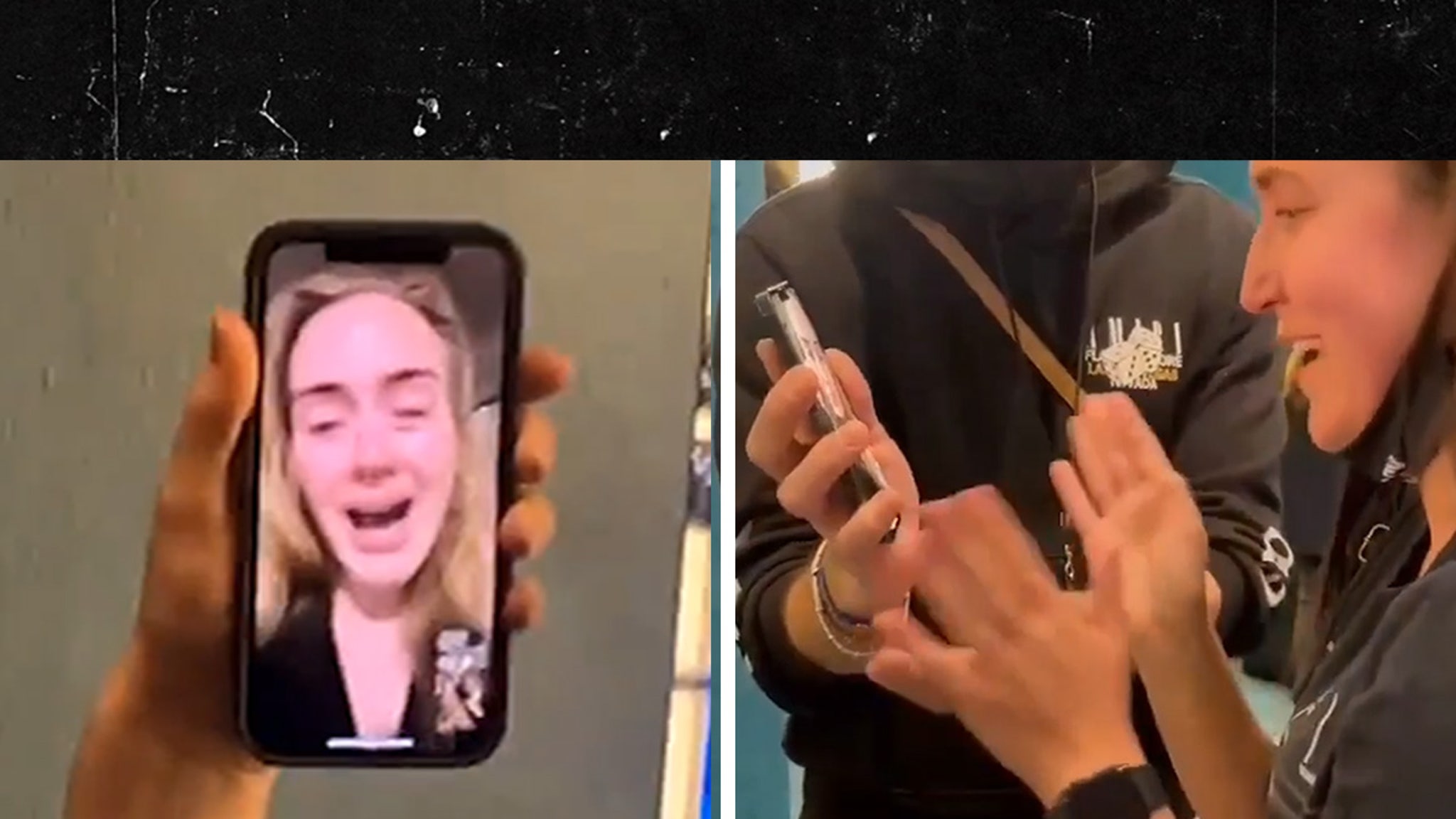 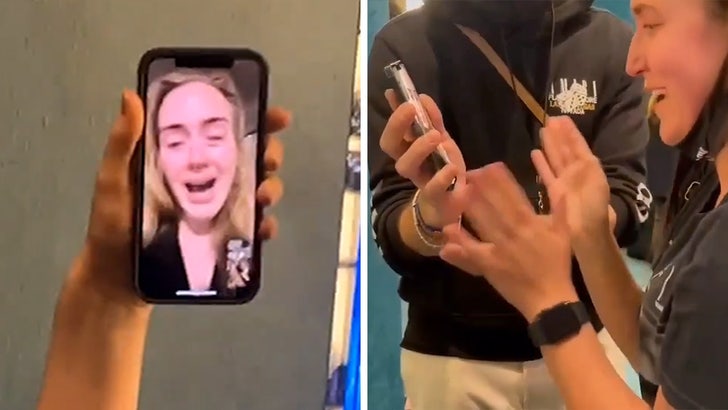 Adele is super upset over pulling the plug on her Vegas shows, and she offered some of her fans a drink as a token of her gratitude for sticking with her … but then she quickly took it back. We can explain.

Adele FaceTimed a group of fans who flew to Vegas to watch her kick off her residency Friday night at Caesars Palace. As we reported, Adele put the show on ice for now, because she says half her crew has COVID and certain set pieces haven’t arrived … presumably a supply chain issue.

Well, somehow Adele ended up FaceTiming with a bunch of young fans and offered them a drink token as a token of her appreciation. But, then she realized most were underage so she quickly took it back!

She pivoted and offered them a free gift back at her pop-up store … which had Adele-emblazoned clothes and other items inside. BTW … the sweatshirts are priced between $90 and $110 a pop. And, hilariously, she was selling “Cry Your Heart Out” packages of Kleenex.

There’s been mixed reaction to Adele postponing her shows. Lots of fans say they understand, but some say Adele should have gone on with the show, even if it was just sitting on a stool and singing, because her voice is why people come.

Lots of people ended up spending a fortune to see the show … some of the seats cost $12k and even more. There are also hotel and airline expenses.

Adele promises the shows will be rescheduled.